Reminding millennials of the beauty of the Word through modern illumination.

Brian Chung was a 20-year-old college student at the University of Southern California when he felt the call to conversion. After adopting the Christian faith, he was eager to delve into the ancient mysteries contained within the sacred texts, but when he opened the “good book,” his training as a design and advertising student made him pause.

The text was small and bunched into small columns, accented by numbers — which brought about flashbacks of densely footnoted college level textbooks. The paper was thin and easily torn, and of course the cover was all black and none too inviting. The millennial convert put down his Bible and with grave disappointment, he recalls to Stars and Stripes, he came to a conclusion:  “I didn’t want to read it.”

“There were 20 pages before you actually got to Genesis,” Chung continued, remembering how impatient he felt. “As an artist and designer and a reader, I was thinking, ‘This is not good design.'”

This is the same reaction that many millennials have when attempting to read the Bible. The generation that, for the most part, has little interest in reading anything longer than 280 characters and even less interest in religious scriptures seems intent on seeing printed books go the way of the dodo.

Chung did not receive the instant gratification many of his generation are accustomed to, but this did not snuff his curiosity. He became convinced that millennials could find meaning and inspiration within the Bible’s intimidating texts, if they could only make it more “millennial-friendly.”

In a bid to popularize the Bible with the younger crowd, Chung and his partner Bryan Ye-Chung gave the holy book a makeover. Their Los Angeles-based start-up, called Alabaster, publishes the full text of each biblical book alongside beautiful photographs and artworks that illustrate each passage. The books resemble high-end, trendy magazines with an inviting design and eye-catching visual representations of biblical narratives.

The project is a modernization of the Bible that gives a nod to the medieval days, when illuminated manuscripts, stained glass, and vivid mosaics were the primary means of relating biblical stories to the illiterate masses. Believing that the packaging of a product is just as important as the product itself, they have cast a very beautiful net in the hopes of catching the eyes of a generation that seems to have little interest in their grandparents’ old black bibles.

“Visual culture is everything for millennials,” Alabaster co-founder Bryan Ye-Chung said. “That’s what is important to us, too, so we wondered why can’t a faith-based product take advantage of that space as well?”

Last year, their second on the market, Alabaster sold about 10,000 books, netting the company $318,000 in sales. The success of their brand allowed Chung and Ye-Chung to work on their start-up full time, which they believe will help triple their business in 2019. They say their customers are primarily women aged 21-35 and they distribute their new Bibles all over the world, although most commonly in American urban centers.

Alabaster publishes each individual book of the Bible as its own stand-alone book, which allows for more art to be inserted between its passages. The books start at $30, but cost as much as $155 for packages of six books.

Chung believes that by filling the books with beautiful art, the more aesthetically pleasing tome will be more eye-catching and make people want to read it.

“We’ve become a culture that cares about beauty and visual stimulation,” Chung said. “We want to use that to create a dialogue and a fresh perspective of the scripture. You’d walk into any cathedral or church and the whole idea was to capture the meaning of the Gospel and the Bible visually with stained glass windows and frescoes, all kinds of paintings and just a lot of visual material.” 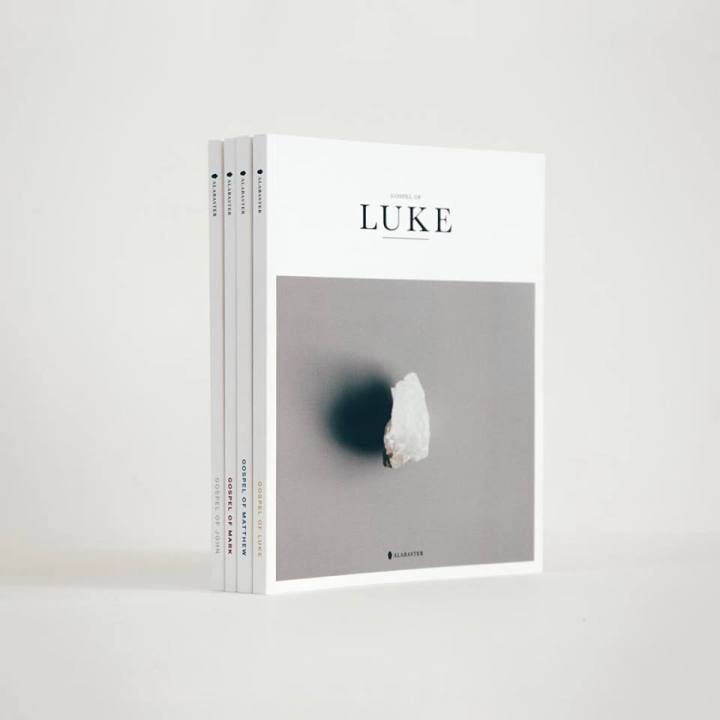