In pictures: Comical scenes from the 6 years of this pontificate

In celebration of the sixth anniversary of Pope Francis’ election, Aleteia invites you to look at the pope from a different perspective. Each of his actions and gestures is scrutinized by the whole world, but when the unexpected happens, how does he react? With simplicity.

Elected to the Throne of Peter on March 13, 2013, the first Jesuit pope in history, the missionary Jorge Mario Bergoglio celebrated his six years of pontificate on March 13 of this year.

The Argentine pope has left his mark on today’s world with his special attention to the poor and the weak, but also with his ability to break with protocol. This atypical pontiff with contagious good humor has attracted the attention of our editorial staff with the way he faces unexpected situations with disarming naturalness, whether it’s a skull cap that flies away or a child who usurps his chair. 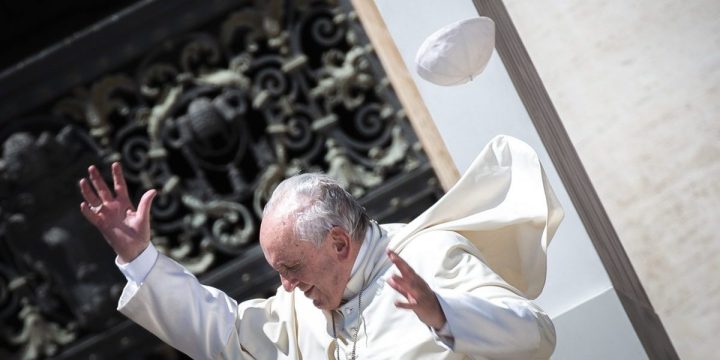