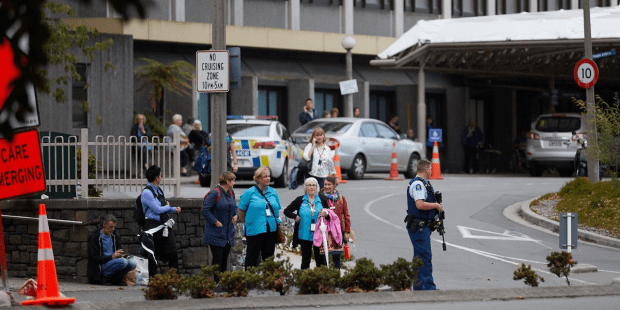 He identified himself as a 28-year-old Australian and white nationalist.

The gunman behind at least one of the mosque shootings that left 49 dead in New Zealand posted a 74-page manifesto that he posted on social media under the name Brenton Tarrant, identifying himself as a 28-year-old Australian and white nationalist who was out to avenge attacks in Europe perpetrated by Muslims, AP reported.

A witness said the gunman was wearing a helmet with some kind of device on top, probably a camera with which he live-streamed his attack on the Al Noor Mosque, where at least 41 people were killed. The gunman “spends more than two minutes inside the mosque spraying terrified worshippers with bullets again and again, sometimes firing at people he has already cut down,” AP said. “He then walks outside, where he shoots at people on the sidewalk. Children’s screams can be heard in the distance as he returns to his car to get another rifle. The gunman then walks back into the mosque, where there are at least two dozen people lying on the ground.

After going back outside and shooting a woman there, he gets back in his car, where the song “Fire” by the English rock band The Crazy World of Arthur Brown can be heard blasting. The singer bellows, “I am the god of hellfire!” and the gunman drives away.

Officials said that one man in his late 20s has been charged with murder, and that two explosive devices were found attached to a vehicle that they had stopped, according to the New York Times:

As of Friday night, the gunman had not been identified by the authorities. But just before the attack began, a man who said he was a 28-year-old from Australia published a link on a right-wing forum to an 74-page manifesto, and another link on the same forum to a personal Facebook page with the video that would soon document the slaughter.

Based on the video, the manifesto and social media posts, a picture has begun to emerge of a man primarily driven by white nationalism and a desire to drive cultural, political and racial wedges between people across the globe. That, he hoped, would stoke discord and, eventually, more violence between races.

It is unclear whether the Facebook user is the man whom the authorities have charged in the shootings, the Times clarified.