The ruins and rock-hewn graves of St. Patrick’s Chapel, Heysham

Experts believe that the remains are of priests and not Viking invaders.

Not too far away from St. Peter’s parish church at Heysham, Lancashire, England, stand the remains of the ancient St. Patrick’s chapel. Although the Saxon building — dating from either the 8th or 10th century — has deteriorated much over the last thousand years, it is still a remarkable reminder of the faith and practices of our spiritual ancestors.

Most notably, the site is the location of a grouping of graves hewn from sandstone. However, more history can be found beneath the ruin, where lie the foundations of a Celtic-style chapel that could date back as far as the 6th century.

The chapel, a large rectangular structure, measures 27 feet by 6 feet and is constructed of large rough sandstone blocks, with sections of finer stone between and at the top. The Journal of Antiquities reports a curved Saxon doorway has survived the test of time and is the best part of the structure.

Author Eileen J. Dent says that the chapel was most likely a place of worship and burial, but not for habitation. She explained that many skeletons were found interred within the chapel and in the grounds to the south. Some of the remains were stacked, but none were buried deep. She said:

“G. Grainger, in an as yet unpublished paper [1977-8], says that the skeletons were generally in a poor condition, but there was probably a total of between 78 and 84 individuals, of various ages, and of both sexes. His tests showed that about one fifth of the population died before the age of 10 and that none survived beyond the age of about 45. After examination the bones were re-interred in the present churchyard.”

To the side of the ruined chapel there are six graves hewn into an enormous sandstone rock. Two of them are rectangular, but the other four are human-shaped. Each grave has a square hole above it, which is believed to have held a wooden cross.

The set of six graves is believed to date between the 9th and 11th centuries, but it is quite possible they are from the latter century, which would make them Viking in origin. This puts the occupants of the graves in question, but experts believe that the remains are of priests and not Viking invaders.

“The stone-cut graves were also examined in the 1977-8 dig. These are not unique. There are other rock-cut graves in the Isle of Man, and similar ones in Spain (Aragon). Archaeologists say that ‘a primary date is likely,’ that is, contemporary with the first occupation of the site, but little is known about them, except that they were more likely to be reliquaries than containers for whole bodies.” 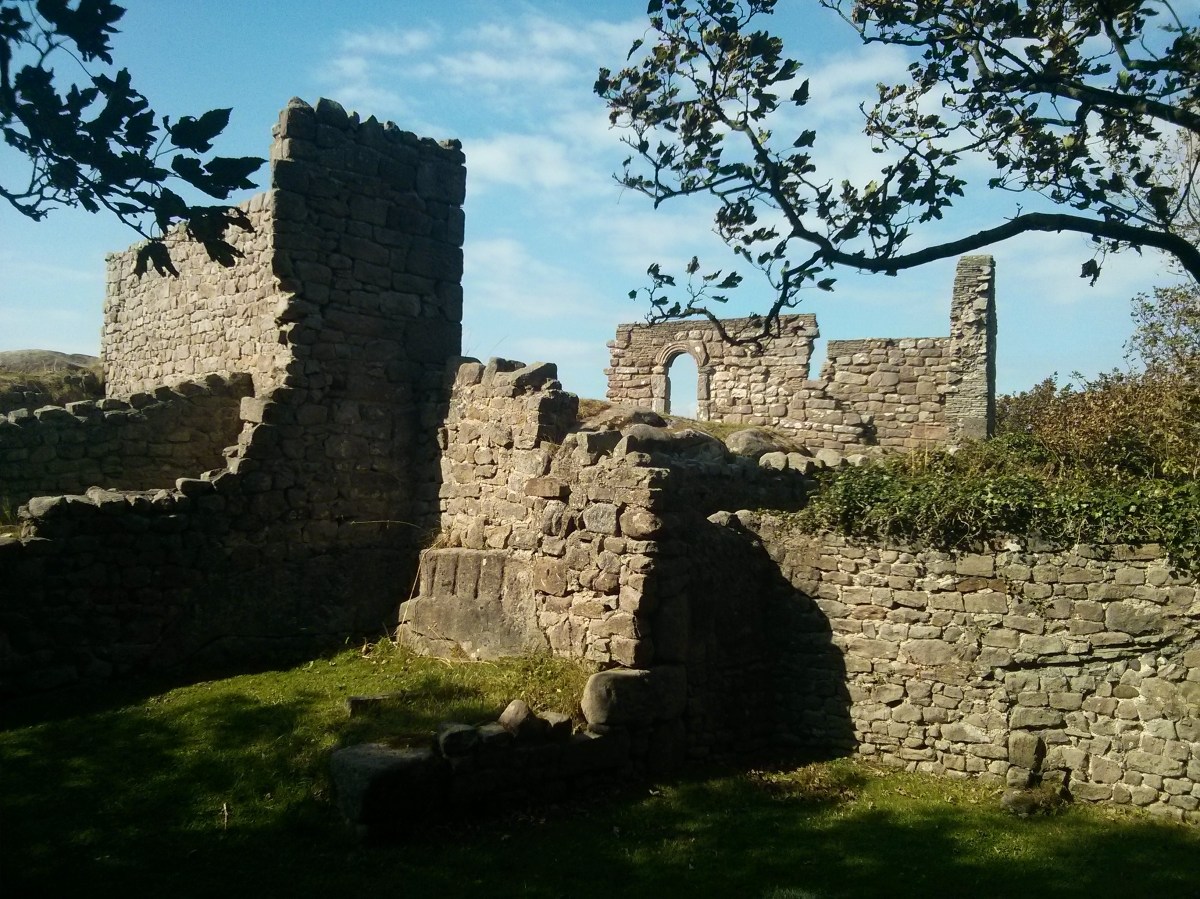 While there is little evidence to verify the legend that says that St. Patrick, the future patron saint of Ireland, was shipwrecked not far from Heysham’s shore, there are some who maintain that the original church was built on the spot where St. Patrick landed.