Postpartum depression is a family affair — and dads can get it, too 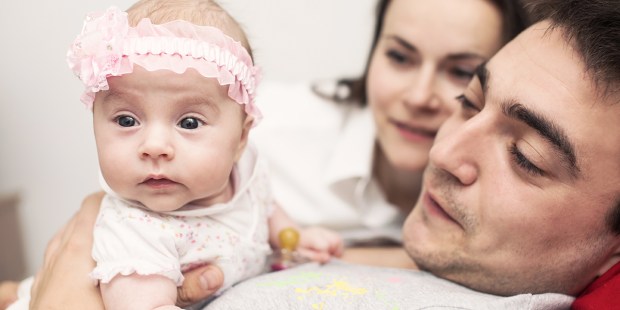 Each family member’s mental health affects everyone else.

You wouldn’t think it’s their domain, but the American Academy of Pediatrics is doubling down in their efforts to do something about the problem of postpartum depression (PPD). This year, they’ve put out a renewed call to pediatricians, asking them to to screen mothers frequently for PPD at their babies’ first four visits. That’s normally the OB-GYN’s job, who won’t have more than a few chances to even bring it up. But the world’s understanding of the nuances of PPD is growing, and one thing is becoming clear: it’s a family affair.

The mental health of a mother will always have an effect on her infant. Their bonding, their breastfeeding relationship, the baby’s sleeping patterns — and much more — are all better supported when the mother’s mental health is supported, too.

It’s not just the mothers, though. The AAP has called pediatricians to get involved with PPD screening in the past, but now they’re asking that pediatricians screen the child’s father for depression, too. His chances of becoming depressed aren’t quite as high as hers, but they’re still significant. Up to 25 percent of fathers experience postpartum depression, and if their partner is suffering from depression as well that number jumps to 50 percent.

And a father’s role in his family isn’t tangential: “A father who is not depressed,” reads the new report, “is a protective factor for children of mothers with depression.” To the infant, a healthy father is his best buffer against the effect of having a mother who’s suffering from PPD.

These new guidelines make a compelling case that any family member’s mental health affects the whole family, especially the infant. Depression can make even the most loving parents less responsive to a baby’s social, emotional, and physical needs.

When it comes to mental health, many people are tempted to put off treatment, to just try to tough it out. It’s all in our mind, and we figure if we just apply ourselves, maybe get a bit more sleep, we can muscle through back to happiness. That’s not realistic, of course, and the person struggling isn’t the only person who is going to suffer. In a family, nobody’s health is theirs alone. Whatever one person is going through, everyone is affected by.

Parents don’t generally have a problem calling their pediatrician up for the slightest worry about the baby. That funny rash, that low fever … we make the call, because we’d rather be safe than sorry. If it turns out everything’s fine, a little embarrassment is a small price to pay for peace of mind. When it comes to mental health, we should apply the same logic. Whether it’s the mother or father struggling with depression, the whole family, including the baby, needs that to be taken seriously.

Read more:
Are you at risk for developing postpartum depression?