Blaise Pascal and one reason for believing 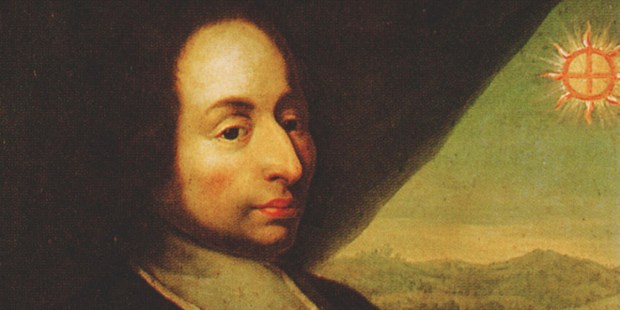 Originator of the Wager, French mathematician recognized there’s more to faith than logic.

It’s all very reasonable, said Blaise Pascal, one of the bright lights of the Age of Reason.

If God does indeed exist, it’s a safer bet to believe in him than not to believe. And if he doesn’t exist, believing in him won’t cost us anything in the end. But if we deny his existence, and it turns out that he does exist, we’re cooked.

That’s the essence of the famous “Pascal’s Wager.”

But for Pascal, who started life as a mathematical prodigy and grew up following the Jansenist heresy, but died having received the Sacraments of the Church, there was more to faith than just reason.

“The heart has reasons which the head knows not,” he also said.

“In the Age of Reason, Pascal loudly proclaimed that reason alone is a blind guide,” says Catholic Answers, the apologetics organization. “He attempted to lessen the dominating influence of medieval scholasticism on Christianity and to restore the important role that faith plays in understanding the doctrines of the Church.”

Pascal is known for his work Pensees, or Meditations, a collection of notes for a proposed book titled Apology for the Christian Religion. While it contains some Jansenist thoughts, the work is orthodox and contains “valuable material for the budding apologist,” Catholic Answers attests.

At this time of year, when many Christians’ Lenten practices include going to confession, it’s worthwhile to think about what Pascal said about this sacrament:

The Catholic religion does not oblige us to reveal our sins indiscriminately to everyone. It allows us to remain hidden from all other men, with one single exception, to whom it bids us reveal our innermost heart. It lays on this man the obligation of inviolable secrecy, which means that he may as well not possess the knowledge of us that he has. Can anything milder and more charitable be imagined? And yet, such is the corruption of man that he finds this law harsh, and this is one of the main reasons why a large part of Europe has revolted against the Church. How unjust and unreasonable the heart of man, that he should resent the obligation to behave toward one man as it would be right, in some ways, to behave toward all. For is it right that we should deceive the others?

One fact about Pascal, who died in Paris in 1662, that is not well known is that he invented the first mechanical calculator. That seems appropriate for someone who was not only a mathematical genius but also formulated one of the best known calculations supporting belief in God.