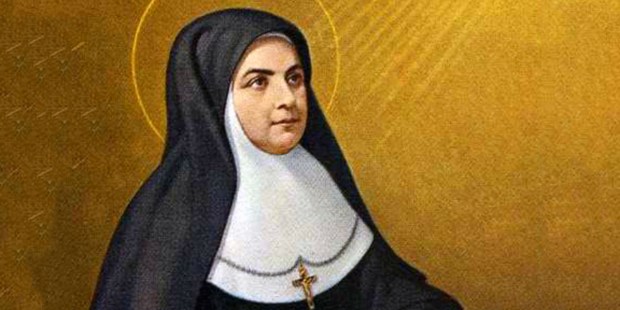 Most of her ministry was carried out in Cuba prior to the Castro years, but she also left a lasting legacy in her homeland.

Maria Soledad Sanjurjo Santos was born in Arecibo, Puerto Rico, on November 15, 1892. Her dad was in the military and worked as a telegraph operator. Her mom, Maria de la Palm Santos del Toro, was a homemaker. On April 3, 1893,  they had their baby daughter baptized in their parish church.

As Maria grew, she developed a special devotion to Jesus and His mother. Her faith continued to deepen, and it was visible to all who knew her. On August 4, 1909, Maria Soledad Sanjurjo Santos was accepted as a postulant in the Servants of Mary. She was 16 years old.

Since Puerto Rico did not have any houses of formation, Maria was sent to Madrid to begin her postulancy. Four and a half years passed and on December 17, 1913, Maria was assigned to go to Manzanillo, Cuba. Soon she was transferred to Santiago and it was here, on April 30, 1921, where she took her perpetual vows.

Mother Maria possessed an uncompromising dedication to the care of the sick. She wanted a life of simplicity and fruitfulness. She was entirely dedicated to others and always would seek ways to meet their needs and to make Christ “visible” in the world around them. It was said that she was “hidden with Christ in God.”

She was sent to Havana, and from 1921 thru 1929 this was where most of her efforts were directed. She then took over the role as the Secretary and Conciliar of the Congregation of the Servants of Mary. She held that position for 10 years.

In 1939, she left her position with the Congregation and became Mother Superior of the house in Matanzas. From there she went on to become Mother Superior in Manzanillo. Then, in 1950, Mother Maria was appointed the Provincial Superior of the Antilles. (The Antilles includes Cuba, Haiti, the Dominican Republic, and Puerto Rico. These are what is known as the Greater Antilles. The Lesser Antilles consist of the smaller islands in the Caribbean, e.g., the Virgin Islands, Barbados, etc.).

As the Provincial Superior of the Antilles, Mother Maria immediately set out to expand the apostolic work of the Servants of Mary throughout the Caribbean. One of her greatest desires was to see the creation of a novitiate in Puerto Rico. Her aim was to enable young women who wanted to be part of the Congregation to be able to train for their mission while working alongside the sick and the needy.

In 1954 her prayers were answered when a novitiate was established in Ponce, Puerto Rico. Finally, young women from her homeland would have the necessary spiritual, human, and professional formation available to them in their own land.

Due to the unrest in Cuba caused by the revolution and Fidel Castro’s coming to power, things became very tenuous for the Sisters stationed there. The headquarters of the Provincial House of the Servants of Mary of the Antilles officially moved to Puerto Rico in 1962. Mother Maria had lived and served in Cuba for 40 years and had managed to establish a novitiate in Puerto Rico.

During her last years, she lived as the humble, simple woman she had always been. She assisted the sick, sewed clothes for the sisters, prayed in the chapel, and always remained a perfect role model for all those who would come after her. She died in San Juan on April 23, 1973. She was 81 years old.

On January 15, Pope Francis recognized the “heroic virtue” of Mother Maria Soledad Sanjurjo Santos. She is now called Venerable Maria and is one step away from beatification.