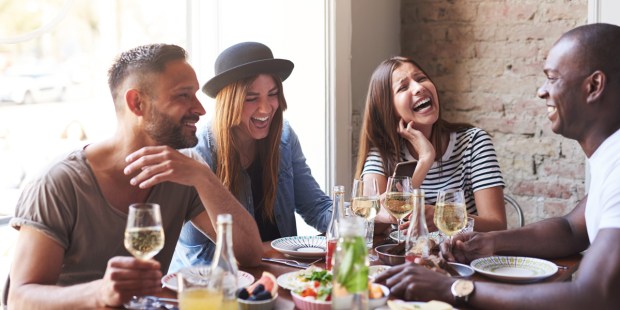 St. Patrick’s example may be the medicine we need for modern times.

Several years ago, Rod Dreher made the Benedict Option famous and everyone’s still talking about it. Dreher points out that St. Benedict, who lived in the 6th century, responded to the collapse of Roman civilization by promoting a strong culture — reading, writing, philosophy, and music — within his monastery. The Benedictines kept culture alive and became islands of civility that eventually helped reconstruct functioning communities in the wider world.

Many modern-day families have taken the Benedictine option to heart and are working hard to promote culture within their own homes. In my family, those choices have led to homeschooling, converting to the Catholic Church, and being careful about how we consume. It’s not the only way, but it’s our way.

The Benedict Option might mean different things to different people, but the reason it’s so important is that it inspires families who want to maintain a specific set of values to not give up.

There are other “options” we can build into our lives. For instance, Dr. Carrie Gress wrote about the Marian Option, which rests on the idea that civilization is renewed and society thrives best when the Blessed Mother is venerated and imitated.

But since today is St. Patrick’s Day, I thought it might be interesting to propose a Patrick Option. By that, I don’t mean that wearing green, clubbing snakes, and over-indulging in Guinness will save the world. The life of Patrick is far more inspiring than your local St. Paddy’s Parade would lead you to believe.

Patrick’s story isn’t very well known, but the short version is that he lived in the 5th century, was kidnapped by Irish slave traders, escaped back home to Britain, and then felt a desire to go back to Ireland as a Christian missionary. To say that he was successful in his mission is an understatement — today Ireland, Catholicism, and St. Patrick are synonymous — and the key to his success was in his ability to interact with the non-Christian native culture. It seems to me that many Christians are beginning to feel like aliens in a strange land, that we are inhabiting an increasingly non-Christian culture. So perhaps the Patrick Option is the medicine we need for modern times. How do we not only survive but thrive in the particular cultural moment in which we find ourselves? Here are some hints about what a Patrick Option might look like, all drawn from his autobiographical book, The Confession:

He never separated himself

There is a tension in the Benedict Option about whether it amounts to, essentially, running away to a hobbit hole. I don’t think it necessarily entails a total separation from everyone else, but that’s an ongoing point of debate. With Patrick, there’s no question that we can — and maybe even should — remain in the midst of a hostile culture. He writes, “Towards the … people too among whom I live, I have lived in good faith, and will continue to do so.” He was British, they were Irish. He was Christian, they were pagan. His mission was not to sell them on a new religion and then return home as a conquering hero; his mission was to understand the people who had enslaved him, live with them, and show them a better way. For us, this means continuing to interact with and befriend all types of people, and to treat them with good faith as people we’d like to know.

Patrick writes about the “blessing” and “gift” of returning to the land of his captivity. He didn’t bewail and bemoan how terrible the Irish were. He didn’t pine for the good ol’ days back in Britain. He didn’t consider himself unlucky to be in the challenging situation of living in a hostile culture. The diversity of our daily interactions can, like Patrick saw it, be a positive experience, an opportunity to live an authentic, attractive, happy life as an example.

He remained faithful to his identity and beliefs

Patrick writes, “I know that I am inexperienced in all things. But still, I have tried to keep a guard on myself … I want to give those who could not believe even the slightest reason for speaking against me.” Everyone knew he was a Christian, and he took extra care that his way of life expressed his values. He had self-assurance and courage to live a life that looked very different than that of his neighbors. In my experience, over time people come to respect it when we live our lives with conviction. Eventually, they may even begin asking questions about why we’re different.

He never wrote anyone off

St. Patrick spent a huge part of his life with the Irish. Having already been kidnapped and enslaved by them, I’m sure no one would have thought him unreasonable if he’d harbored a grudge against them for the rest of his life. But instead of writing them off, he made his home with them. There may be people in our lives we consider unredeemable, incapable of learning and growing, but we never know what’s in a person’s heart. If we continue to show them respect and understanding, it isn’t impossible they might have a gradual, or even sudden, change of heart.

Ultimately, what made St. Patrick so influential was his combination of having a clear sense of his mission and values, his willingness to share that with a hostile culture, and his commitment to interacting with that culture in an authentic way. We are in much the same position that he was. The Patrick Option is a helpful encouragement for a way forward, a path of how to live in a non-Christian culture while influencing it for the better.