Semana Santa in Seville, Spain: A Holy Week celebration like no other

There is no better time to visit Seville than during the Holy Week, to witness one of the most mesmerizing Catholic traditions in the world.

Semana Santa (Spanish for “Holy Week”), a series of celebrations observed in the week leading up to Easter Sunday, is perhaps the most iconic Catholic celebration across Spain. But no other city rivals the celebratory fever of Seville, in the southern region of Andalusia, where as many as 50,000 people hit the streets during in Holy Week.

Seville’s Semana Santa has its roots in the 16th century, and the medieval feeling is still very much alive thanks to thousands of believers who put on ancient medieval robes and slowly move along the cobbled streets accompanied by the haunting sound of drums and the dim illumination of candles. This deep-rooted tradition started when Catholics looked for a way to embody the Passion of Christ by literally taking up the cross and walking for miles at a time. 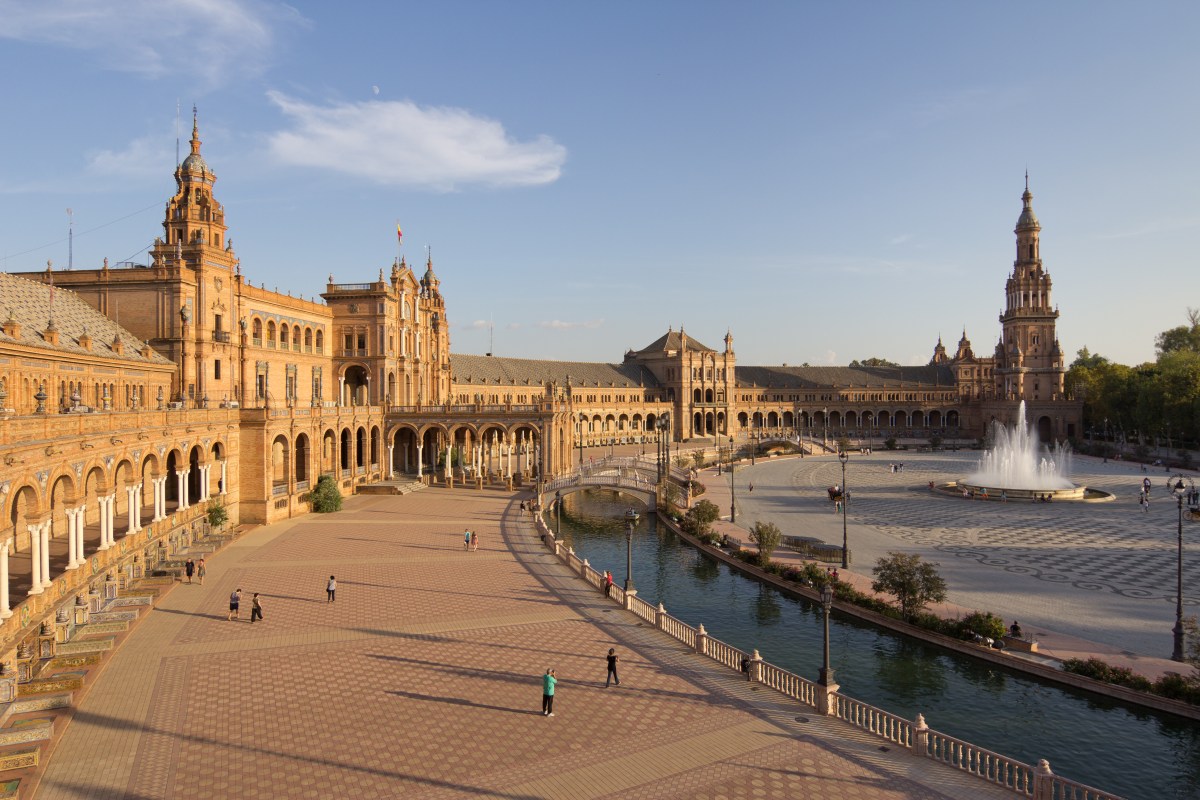 Over the years, the passion of Sevillanos, as local people are called, has only grown stronger.

Preparation starts nearly a year before Holy Week begins. Each confraternity belonging to the roughly 150 churches around town has to come up with its own display of faith: a cross-bearing procession leading to the main cathedral and back.

Originally, churches were located in the vicinity of the cathedral. But as the city expanded many new churches were built in the city’s outskirts, so today some confraternities need to walk up to 16 hours to complete their procession — an impressive display of faith.

Each congregation can take a different route to reach the cathedral, but the last bit of the trip, known as the carrera official (literally the official route), is the same for everyone so that the public can get a sense of each confraternity’s display of faith.

Indeed, “brotherhoods” enjoys a friendly competition in terms of costume and statue design. Costumes are probably the most impressive sight for visitors to Seville. Thousands of “brothers” take the streets wearing traditional capirotes, pointed hoods of colored fabric, that look like they were extracted straight from a medieval illuminated manuscript. Such hooded figures, called Nazarenos, make up the majority of the procession. Up to 3,000 can make up a single confraternity procession. They can sometimes be barefoot and usually carry wax candles that add to the haunting atmosphere.

Next in line we find penitentes (literally penitents), who wear robes with hoods designed according to the official colors of each confraternity. Altar boys, known as acolytes, wear their regular altar dress. Finally, the procession is closed by the titular chaplain wearing his traditional tunic.

Having thousand of hooded figures moving together as one is an impressive sight, and it’s partly thanks to the coordination of “disputados del tramo” (literally “representatives of the section”), who are in charge of keeping confraternity members aligned. It’s not yet clear where the tradition of the hood developed, but it may be tied to the need of self-proclaimed sinners to hide their facial features during the procession.

Each confraternity carries a set of up to three statues on traditional floats, known as “pasos.”

The main “paso,” which usually displays images of the Passion of Christ, is carved out of wood and covered in gold. A second “paso” depicts the sorrows of Virgin Mary and is usually covered in silver. Sometimes, a third paso featuring the Virgin with Christ in her arms completes the scene. Also featured in the processions are tableaux vivant depicting biblical scenes. Each procession is usually accompanied by drums and other instruments, save for the oldest confraternity, appropriately named El Silencio (literally “silence”), that marches in silence and without lights.

Each day of Holy Week, six to nine brotherhoods take to the streets in the procession, starting from midday all the way into the night. Passers-by greet processions with deep affection, throwing flower petals and confetti at the statues of Christ and the Virgin Mary.

climax is reached at madrugá,
dawn of Good Friday, where the most popular confraternities make their glorious arrival at Seville’s cathedral after hours of marching in the chilly spring night.

This year Holy Week will take place between Sunday, April 14 and Sunday, April 21. And for the first time in history, the official herald will be a woman, Charo Padilla, who has been covering the Semana Santa for years as a radio correspondent — a welcome innovation in a 500-year-old tradition.