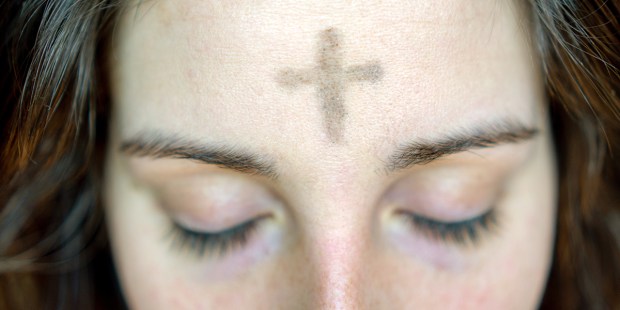 “Father, are you sure that I don’t need to fast?

Why are you so sure?

Lent is underway, and it’s a time for many to dust off the Lenten practices of prayer, fasting and almsgiving. (My column on Lenten prayer is HERE.) It’s around this time of year that many seek advice about fasting. The conversation above is one I’ve had many times. God bless those generous souls who are so ready to fast! Now, may he also bless them with the virtue of prudence.

There are zealous souls who will do more harm than good via fasting. There are crafty souls who game the system during Lent, splurging on lobster on Lenten Fridays, spending a small fortune on lunch while avoiding meat, rather than eating canned tuna and donating the money saved. And, honestly, there are some disciplined souls who put me to shame with the generosity of their asceticism.

Speaking with members of a certain monastic community that fasts for most of the year, I asked them about their fasting practices for Lent. I gasped as they described their Lenten fast in a matter of fact manner. When I asked what it was like to live that fast, one member replied, “Well, you are a little dizzy for the first few days … but you get used to it eventually …” Immediately, I identified my excuse for not fasting so strictly—I have to drive every day, and therefore cannot afford to be dizzy.

There are no lack of challenging quotes from serious Christians regarding fasting as an essential element of Christian discipleship. I could easily fill many pages with such quotes. Perhaps this one will suffice:

Let us not believe that an external fast from visible food alone can possibly be sufficient for perfection of heart and purity of body unless with it there has also been united a fast of the soul. For the soul also has its foods that are harmful.

Slander is its food and indeed one that is very dear to it. A burst of anger also supplies it with miserable food for an hour and destroys it as well with its deadly savor. Envy is food of the mind, corrupting it with its poisonous juices and never ceasing to make it wretched and miserable at the prosperity and success of another.

Vanity is its food which gratifies the mind with a delicious meal for a time but afterward strips it clear and bare of all virtue. Then vanity dismisses it barren and void of all spiritual fruit. All lust and shift wanderings of heart are a sort of food for the soul, nourishing it on harmful meats but leaving it afterwards without a share of its heavenly bread and really solid food.

If then, with all the powers we have, we abstain from these in a most holy fast our observance of the bodily fast will be both useful and profitable. (John Cassian, a disciple of Saint John Chrysostom)

To sum up Cassian: Fasting is not dieting; fasting is not an end in itself; fasting is not merely an exercise to increase willpower. Fasting is an instrument that can be used for good or for ill. Worst of all, fasting can be used as a means of distracting ourselves (as Cassian had warned) from the hardness of our hearts, and from the toxins of the soul that the unrepentant can delight in. Fasting, especially Lenten fasting, should be undertaken with a clear sense of proper purpose.

Some Jesuits and I once caused a stir at a university when we all agreed to preach on the First Sunday of Lent and urged students to repent of their habits of alcohol abuse and promiscuity. (I suspect that the students were expecting an exhortation to give up chocolate or sugar in one’s coffee for Lent.) We told them: “Maybe alcohol abuse and promiscuity are not your habitual sins. Then find out what sins are your favorites. Lent is a time to find out if anything other than God commands your loyalty and devotion.”

Fasting, like all material sacrifices, reminds us that there are goods greater than material goods, that there are needs of the soul that are even greater than the needs of the body, and that true love always demands sacrifice. Lent is an annual reminder that the poisons of the soul must be removed from our lives, and that even the good things in life are not as important as we usually think they are. If God isn’t the first focus of our body and soul, we won’t have peace, and will be hard pressed to receive all the grace God wishes to give us.

When I write next, I will continue with our Lenten reflections. Until then, let’s keep each other in prayer.