Venezuela: 5 million people will be displaced by the end of 2019

The shocking numbers are unprecedented in Latin American history.

The numbers are terrible for Venezuela, but also for the stability of the Americas: 10 percent of the population of Venezuela has left the country, which translates into 5,000 people per day. This is a shocking number that throws into crisis the institutions of the countries that receive these refugees. Never before had the American continents had to deal with such a situation. This is the reason for the urgency with which countries in the region are working together to end the regime that is bleeding out this Caribbean country.

The Organization of American States (OAS) has just published statistics that compare the flow of migrants from Venezuela with those caused by armed conflicts in Syria and Afghanistan.

According to a report published earlier this month, the prospects are brutal: “If there is no significant change that can reverse the economic, political, and social crisis in Venezuela, the total number of migrants and refugees could be between 5.39 and 5.75 million by the end of 2019,” it says.

The OAS workgroup on Venezuelan migrants and refugees, created in September at the insistence of the general secretary, Luis Almagro, is responsible for the report. 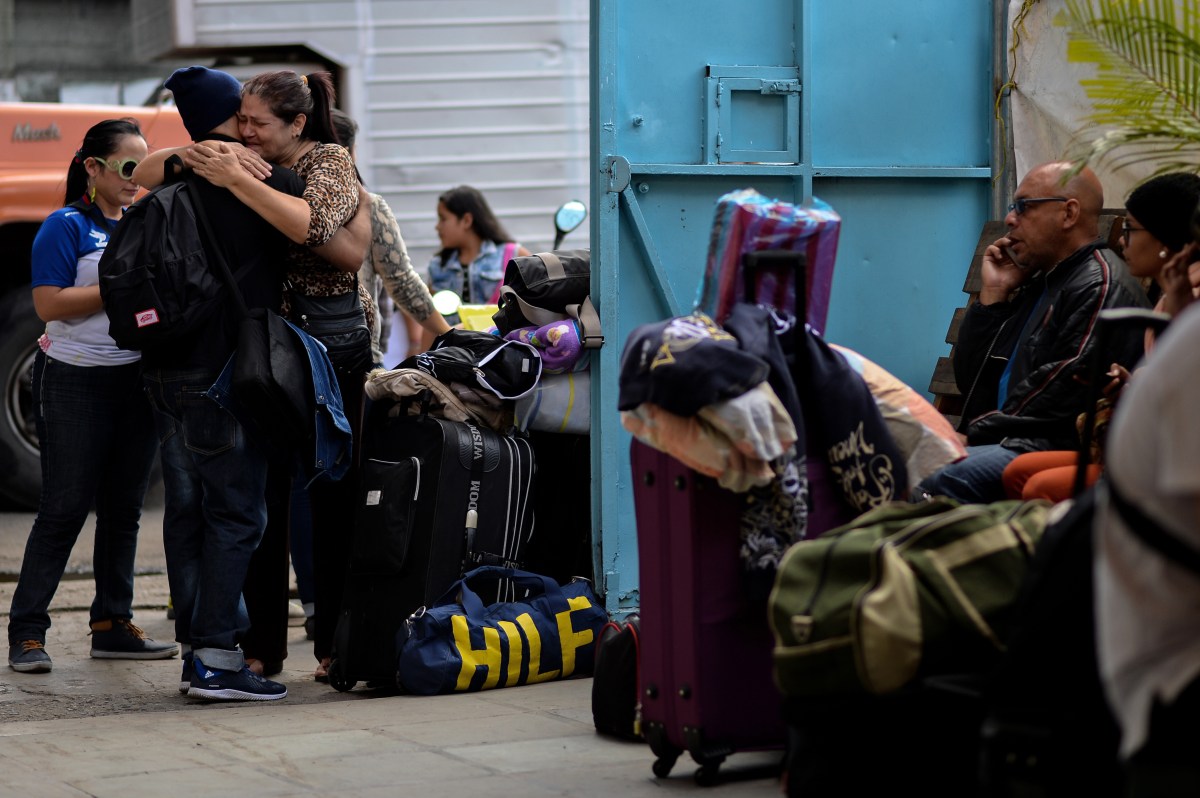 The panorama it presents in its preliminary report is sobering. If the current tendencies continue, says the report, the total number of Venezuelan migrants and refugees will reach between 7.5 and 8.2 million by the end of 2020. Almagro ended the report with this statement: “Venezuelans are the population with the second greatest number of refugees in the world, only surpassed by Syria, which has been at war for 7 years.”

Venezuelan David Smolansky, coordinator of the group, which is composed of four independent experts, highlighted that “the magnitude and the speed” of the flow of Venezuelan migrants is similar to other massive migrant crises caused by wars.

“The speed in the growth of the total number of Venezuelan migrants and refugees is as high as that of the Syrian crisis during its first years,” the report reads. What many people have observed is that the region is experiencing the consequences of a war without any war being formally declared.

Experts have indicated that this migratory flow has five causes: the humanitarian crisis, generalized violence, social control, the violation of human rights, and economic collapse.

The report specifies that 87 percent of Venezuelan households are living below the poverty line, in comparison with less than 50 percent in 1996, and it underlines that more than 60 percent are living in extreme poverty. The annual homicide rate is 81.4 for every 100,000 inhabitants.

Last December, the United Nations indicated that 3.4 million people had left Venezuela since 2015, when the crisis became more serious.

This represents more than 10 percent of the country’s total population, and means that 5,000 people leave the country each day, on average, or 200 people per hour.

We Venezuelans are not naturally migrants. We never have been. Rather, Venezuela is the country that has received and welcomed most migrants throughout the history of Latin America. It has always welcomed those who, for political and social reasons, have had to leave their countries. If you ask Venezuelan migrants the reason why they have left his country, most will tell you that it’s an accumulation of factors that has made life impossible.  While that’s true, the deeper cause that makes Venezuelans try their luck elsewhere — despite the hardships of migration — is a loss of hope in sustainable change in the country in the near future.

Read more:
An inside look at Venezuela: Bishops bring in-depth report to pope and curia

Read more:
No end in sight for the exodus from Venezuela