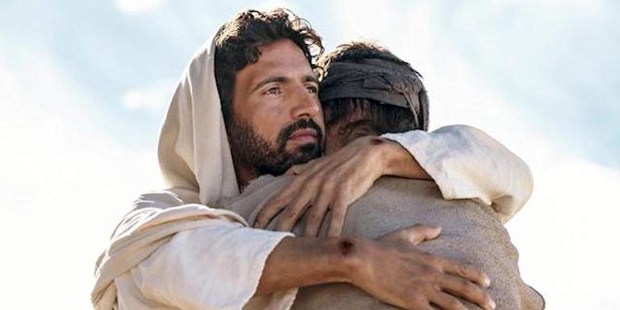 This series avoids some of the sins of past television documentaries on Christianity, and offers a good overview of the Bible’s supporting characters.

The Lenten season can spark many emotions. It can elicit reverence as we prepare to honor the memory of Christ’s Passion, or bring about a sense of sorrow as we adopt an attitude of penitence. It can even be a source of happiness as our refocused efforts in prayer and giving can help revive and recharge our relationship with God. Over the last couple of decades, however, the lead-up to Easter has also been accompanied by another feeling, that of slight trepidation. You see, this has become the time of year when all of the media outlets release their latest explorations into the Christian religion.

Why should this cause trepidation? Well, because the track record for such efforts hasn’t really been what one would call a good one. Who can forget back in 2006 when 60 Minutes claimed to possess ancient documents that would disprove the biblical account of the resurrection? (They didn’t.) Or how about The Bible’s Buried Secrets, a 2008 BBC series that recently resurfaced on Netflix in which the attempt is made to use archaeology to discredit the veracity of the historical sections of the Old Testament? (It doesn’t.) Every year, it seems, Christians preparing to celebrate their most sacred day are treated to some new production claiming their whole belief system is bunk.

So, yes, there is plenty of precedent to justify approaching the History Channel’s new series, Jesus: His Life, with a fair bit of skepticism. The premise of the show is to examine the life of Christ from the perspectives of those who interacted with him, in particular Joseph, John the Baptist, Mary, Caiaphas, Judas Iscariot, Peter, Pontius Pilate and Mary Magdalene. Over the course of eight episodes, the series utilizes the biblical accounts and whatever other historical information is available to speculate on what each of these individuals might have thought about Jesus.

The first episode, Joseph, for example, takes what we know of ancient Jewish society and uses it to ponder just what might have gone through the mind of Mary’s betrothed when she showed up with word of her unexpected pregnancy. Hint: thoughts of stoning were a strong possibility. As with other History Channel productions, all of this is done through a combination of scripted recreations and interviews with various experts.

Surprisingly, the drama segments appear to have a little bit of money behind them and are above average for this type of show. In short, the acting does not make you cringe. As for the experts, they are assembled from the History Channel’s usual pool of suspects, meaning the majority skew slightly progressive in their viewpoints. The Catholic perspective, for instance, is provided mostly by the occasionally controversial Fr. James Martin. To be fair, though, in the two episodes provided for review, the good father says nothing that would offend the faithful.

Of course, it wouldn’t be the History Channel if the show didn’t have at least one outright naysayer in the group. This time around that honor falls to Dr. Robert R. Cargill, Ph.D., the current editor of Biblical Archaeology Review and a self-professed agnostic. Cargill is granted plenty of screen time to offer his opinions on why everything in the New Testament, including most things it says about the birth of Jesus, is either an elaboration or just plain fantasy. Not to worry, though, most of Cargill’s pronouncements are followed up by Prof. Ben Witherington III, who quietly points out that, yes, there are indeed verifiable historical reasons to believe the events portrayed in the Gospels happened just as written.

If there is any strong criticism of the series, it’s that it could actually do with a bit more in-depth back and forth on certain topics. Take the episode on John the Baptist as a case in point. The notion is floated that Jesus might actually have been a follower of John for some time before his baptism while he tried to figure out what to do with his life. There’s no real explanation given as to where some historians got this idea, and very little thought given to what an acceptance of it would mean in the ongoing (possibly never-ending) debate over just exactly when Jesus came to understand who he was and what he was sent to do. But perhaps that’s asking too much theology from a show geared towards general audiences.

Overall, Jesus: His Life may not appeal to hardcore Bible geeks, but for those interested in an overview of some of the Gospel’s supporting characters, as well as a peek into the current direction of thought in historical studies, the series is just fine. And, since it does give multiple sides an opportunity to express their views, it is not the theological hit piece we have come to expect this time of year. Don’t worry, though, there’s still plenty of time before Easter for someone else to come out with that.

Jesus: His Life premieres on the History Channel beginning on March 25.