Did you know that Jesus’ homeland of Galilee was (and is) a lush and green oasis?

The region remains fertile, thanks to high rainfall and relatively cool temperatures.

The climate in ancient Galilee, where Jesus grew up and spent most of his life, was a lush and green oasis bordering the hotter, drier, desert-like region of Judea.

As it was then, mountainous northern Galilee is today home to rolling green fields dotted with wildflowers, thanks to the region’s relatively low temperatures and high rainfall.

In lower Galilee, where Jesus’ hometown of Nazareth was located, the 1st-century Jewish historian Flavius Josephus described the fertile climate:

Its nature is wonderful as well as its beauty; its soil is so fruitful that all sorts of trees can grow upon it, and the inhabitants accordingly plant all sorts of trees there; for the temper of the air is so well mixed, that it agrees very well with those several sorts, particularly walnuts, which require the coldest air, flourish there in vast plenty; there are palm trees also, which grow best in hot air; fig trees also and olives grow near them, which yet require an air that is more temperate. One may call this place the ambition of nature, where it forces those plants that are naturally enemies to one another to agree together; it is a happy contention of the seasons, as if every one of them laid claim to this country; for it not only nourishes different sorts of autumnal fruit beyond men’s expectation, but preserves them a great while; it supplies men with the principal fruits, with grapes and figs continually, during ten months of the year and the rest of the fruits as they become ripe together through the whole year” (The Jewish War, Book 3, Chapter 10:8).

Most of the ancient residents of Galilee, located in the fertile Beit Netofa and Nahal Sippori valleys, were farmers, according to Josephus, who recorded the existence of 204 towns and villages in the region. Today, as a country where only 20 percent of the land is arable, Israel manages to produce about 75 percent of its own food requirements. Crops include wheat, sorghum, corn, cotton, and fruits and vegetables. The country is also a major exporter of dates, avocados, olive oil, pomegranates and almonds. 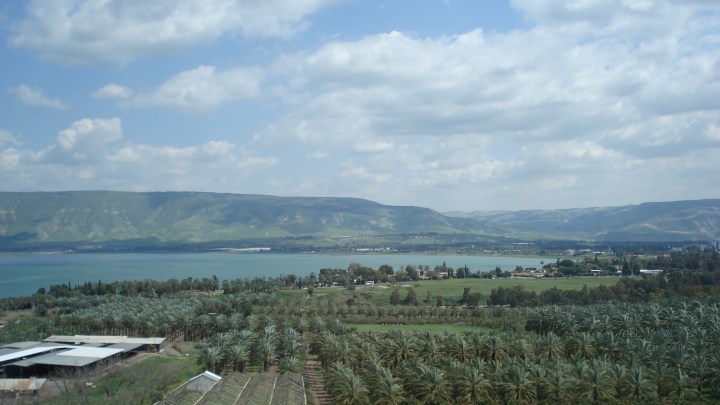 The Sea of Galilee, the large freshwater lake that was at the center of so much of Jesus’ ministry, was surrounded by fertile land and provided water and fish for the entire region, just as it does today. In February of 2019, after a five-year drought, the lake rose six and a half feet, thanks to heavy rains that brought the promise of greener days ahead.

Click on the slideshow for pictures of the lushness of the Galilee today.