Where are the oldest churches in Africa?

Some of them can still be visited.

The oldest church buildings in Africa are to be found in the continent’s northeast, specifically, in Egypt. St. Mark, the author of one of the four Gospels, is said to have founded the Church of Alexandria in Egypt. Today, the Coptic Orthodox Church, the Greek Orthodox Church of Alexandria, and the Coptic Catholic Church look to Mark as their spiritual father. The oldest church buildings that remain today, or parts of them, are either Coptic or Greek Orthodox.

By the mid-4th century, Egypt seems to have become predominantly Christian, according to the Encyclopaedia Brittanica. 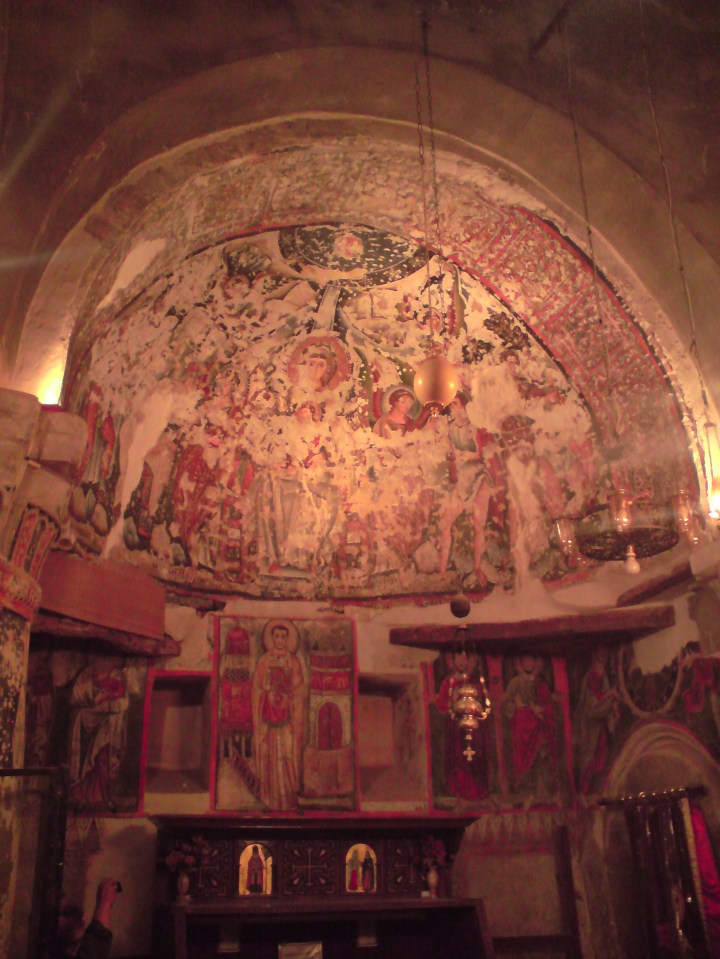 The oldest traces of anything resembling a church is the 3rd-century Abu Menas basilica. Unfortunately, it is now in ruins, but it is at least preserved by a designation as a UNESCO World Heritage site.

One of the oldest foundations still in use seems to be the Coptic Orthodox Paromeos Monastery, in Wadi el Natrun, Egypt. According to Wikipedia, it was built by St. Macarius the Great. The name Paromeos is Coptic for “the Romans” and is thought to refer to Macarius’ two Roman disciples, Sts. Maximus and Domitius, sons of the Roman Emperor Valentinian II. The monastery flourished during the Middle Ages and continues to be a major monastery within Egypt.

Following the destruction of the monastery in 407 by the Berbers and the Bedouins, St. Arsenius returned to rebuild it. However, the Berbers attacked again in 410. Arsenius retired to Troe, now a neighbourhood of Cairo known as Tura, where he died.

About 50 monks live at Paromeos today. The monastery has five churches, the oldest dating to the 6th century and dedicated to the Virgin Mary. It contains the relics of St. Moses the Black, who was martyred in the raid of 407. Also still standing today are the protective walls built by Pope Shenouda I of Alexandria in the 9th century. The complex also has a guest house.

Seven patriarchs of the Coptic Orthodox Church have come from this monastery, the earliest being Pope Christodolos in the 11th century, the most recent being Pope Cyril VI, who died in 1971.

The group of church buildings, as depicted in the accompanying slideshow, includes the Monastery of St. Anthony, a key site in the history of Christianity. It is still possible to make a visit to this, the earliest Christian monastery, and to several others as well.