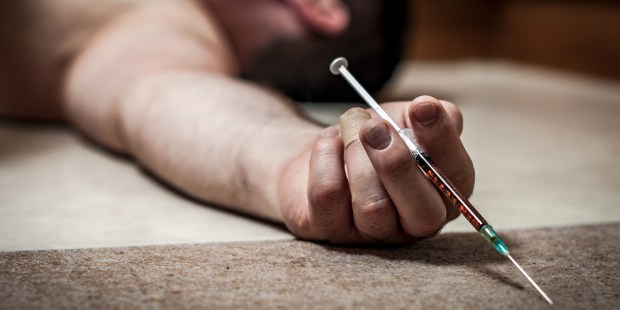 There has been a steep rise in the number of young adults ages 25 to 34 whose death certificates include some version of the drug fentanyl.

The synthetic opioid is at the center of what the Centers for Disease Control and Prevention call a third wave of the opioid epidemic in the U.S. The first two waves involved prescription pain medications, such as OxyContin, and heroin.

Fentanyl is a powerful synthetic opioid that can shut down breathing in less than a minute, explained National Public Radio. “Its popularity in the U.S. began to surge at the end of 2013. For each of the next three years, fatal overdoses involving fentanyl doubled, ‘rising at an exponential rate,’ says Merianne Rose Spencer, a statistician at the CDC and one of the study’s authors.”

The Trump Administration has repeatedly blamed the People’s Republic of China for not doing enough to stop the drug flow to the U.S.

Now, China has announced that all variants of fentanyl will be treated as controlled substances. Authorities in China already regulate 25 variants of fentanyl, but some manufacturers in China, seeking to evade controls, have introduced slight changes to the molecular structure of their drugs, giving them the legal loophole to manufacture and export before the government can assess the products for safety and medical use, NPR reported on Monday. The regulation will take effect May 1.

Will the change in policy lead to lives saved in the U.S.? Bryce Pardo, a drug policy researcher at Rand Corporation, is among several experts who are skeptical. Authorities, he said, “already have problems enforcing existing laws.” And China does not have enough inspectors for facilities. Law enforcement would have to “take a sample” from a facility and eventually “analyze whether it’s a fentanyl-related structure,” he told the radio network.

The Honk Kong-based South China Morning Post explained that China banned the manufacturing and sale of four types of fentanyl two years ago. Beijing later expanded the list to 25 types. Manufacturers have been able to evade these curbs by tweaking the chemical structure of their products, the Post said:

Liu Yuejin, deputy director of China’s National Narcotics Control Commission, said: “The US is concerned about all variants [of fentanyl], and it’s all been resolved.” …

Liu also said: “China has strict controls on fentanyl, there has never been a problem from fentanyl produced legally in China … the illegal cases we cracked in joint operations with US authorities were all results of the lawbreakers ganging up with overseas crime groups.”
He also said it was “groundless” to accuse China of being behind the US opioid crisis, saying “the cases we found cover limited quantities, it cannot be the major supplier for the US”.
“We believe the overdose problem in the United States is mainly caused by domestic reasons,” he continued, citing a long US history of drug abuse, lack of regulation and public education.

But the U.S.-China Economic and Security Review Commission in 2018 said that China remains “the largest source of illicit fentanyl and fentanyl-like substances” in the United States and “illicit manufacturers create new substances faster than they can be controlled.” Chemical exporters in China secretly send drugs to the West through fake shipment labels and other tactics, the report stated.