Dark clouds loomed overhead during the morning of Friday, March 29, on the Jersey Shore, threatening yet another rainy day in what could be seen as a never-ending litany of wet weather. But rain or shine, nothing would stop the events that would unfold over the next 24 hours. The Diocese of Trenton, which covers much of southern and central NJ and a huge swath of the Jersey Shore, was about to undertake an incredible Lenten observance called for by Pope Francis and observed by dioceses throughout the world involving Adoration, Confession, Mass, Stations of the Cross, and Benediction for 24 uninterrupted hours. The campaign aptly named “24 Hours for the Lord.”

Here are just few glimpses of the variety of activities and services that occurred in several of the participating parishes over the next 24 hours: 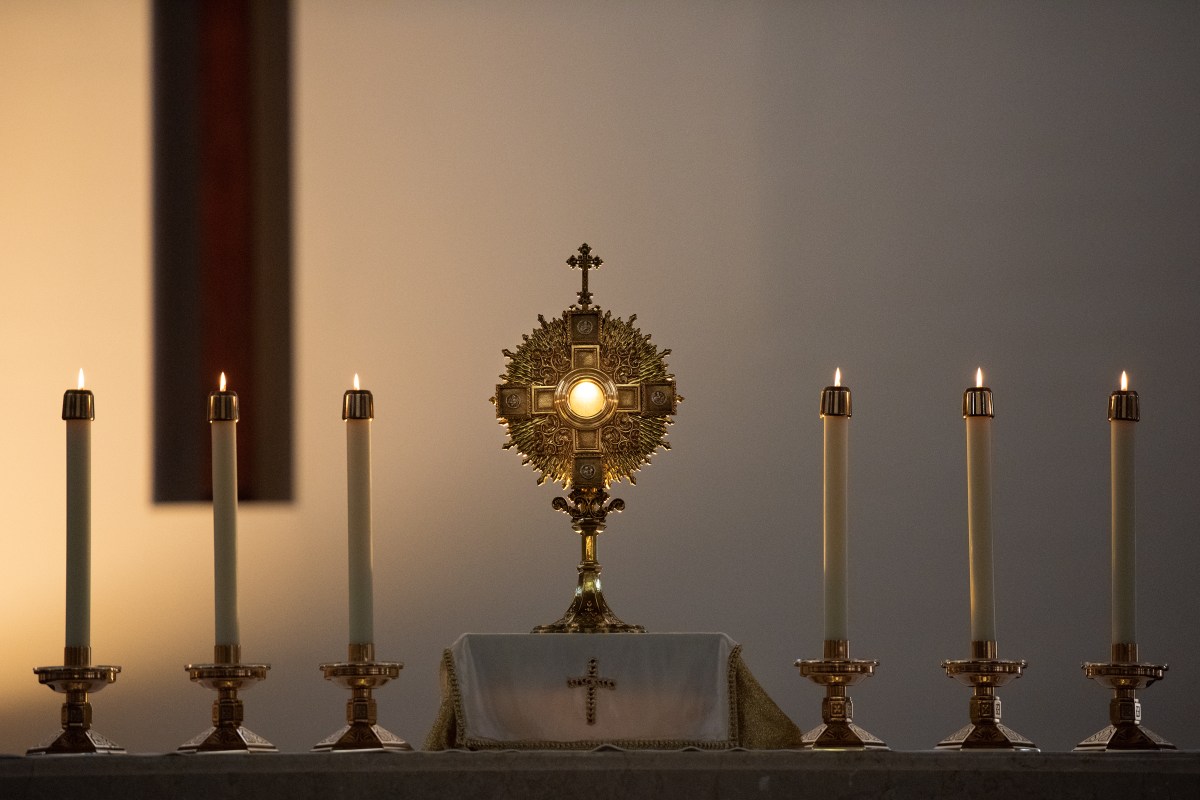 At St. Mary, Mother of God Parish in Middletown, as the clock struck 3:00 p.m., Fr. Jeff Kegley, pastor, gently placed the Blessed Sacrament in the monstrance and turned it to face the congregation marking the start of the campaign in his parish.

At the Church of the Nativity in Fairhaven, a group of inspired moms organized babysitting for mothers with children to allow them to go to confession to take full advantage of the sacrament, which was offered during the 24 hours.

At St. Michael’s Church, Long Branch, which sits across the street from the Atlantic Ocean, a special midnight Mass was celebrated, followed by what they referred to as “Midnight Breakfast,” served to those who were probably the first people to eat breakfast in New Jersey that day.

Read more:
24-Hour availability for confession to focus on “Nor do I condemn you”

The Church of the Sacred Heart, also near the sea, offered a late afternoon Prayer Service and Anointing of the Sick before the Blessed Sacrament over the course of their 24 hours.

St. Mary of the Lakes in Medford offered “Soup and Stations” at their school chapel for younger participants … the soup before, not during.

And the massive St. Joseph’s Parish in Toms River had a capacity crowd participating in the Stations of the Cross, at which different families — along with their children — would read each of the Stations before Blessed Sacrament…

This is just a snapshot of the incredible variety of events that had occurred within the Diocese over the course of the 24 hours, and it represents a beautiful collaboration between lay members and clergy in orchestrating the hours of prayers and sacraments that are offered.

24 Hours for the Lord is exactly what it’s called: time in prayer, adoration and the sacraments to jumpstart the life of the Spirit within each person. On the journey through Lent to Easter, a journey that cries out for a deepening of one’s relationship with Christ, this campaign represents an oasis of grace and an opportunity to grow.

It opens wide the heart of the Church to embrace those seeking hope and mercy and invites those caught up in the struggles of life a place to find rest.

This is the living Faith, responding to its call to holiness as it’s done for over 2,000 years. It’s easy to grow discouraged at the state of the world and the Church based on the headlines. But the headlines are deceptive, because there are literally millions of stories of faith heroically lived out each day … in your parish, in the country and around the world. They might not make headlines, but that doesn’t diminish the effects of the abundant graces poured out upon the world. So while this incredible day was truly extraordinary, something, somewhere in the world is happening right at this very moment, making today a day of extraordinary grace as well.

Read more:
Mercy with misery: Read the pope’s poignant invitation to set our eyes on Jesus, who has set us free