How to make a good apology 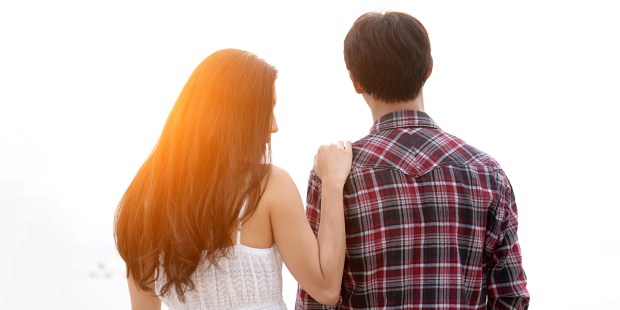 Saying “I’m sorry” isn’t all there is to it. Here are the five parts of apologizing well.

Love and forgiveness should always go hand in hand. Both are acts of the will, but, we know that often it’s not just a matter of will—of wanting to love and be forgiven—but of how we express that desire in words and action.

This is why it is important to understand both the language of love and the language of apology—not just our own, but also those of our partner and of the people we live with on a daily basis, so we can strengthen our relationships with them.

This knowledge will also result in better communication and understanding; when apologizing to someone, we need to know how to use the right language so that the other person can tell we are being sincere, expressing true contrition.

G. Chapman and J. Thomas, in their book When Sorry Isn’t Enough, speak about five different languages of apology. Here’s a brief outline of each.

This language focuses on the emotional sorrow we experience for having offended someone. We admit that we feel guilt and shame for having hurt them. It’s not about excusing ourselves, but about recognizing that the other person has been hurt and that we feel responsible.

For some people, this language is essential, because what they’re looking for is a sincere expression of sorrow.

2. “I was wrong.” Accepting responsibility.

For some people, it’s very difficult to admit that they’re wrong, because they think that it diminishes them in some way. However, we shouldn’t try and hide what we’ve done; it’s important to be mature enough to recognize that we have committed—and, despite our best efforts, will likely continue to commit—mistakes that hurt other people, and take responsibility for what we’ve done.

We have to bury our ego and overcome our fear of other people seeing us as a failure because we make a mistake. Being open about our failings doesn’t diminish us; on the contrary, sincerely asking forgiveness shows that we are well-intentioned and authentic, despite our imperfection. We may mess up, but at least we’re honest.

Only saying you’re sorry can make it sound like we’re saying, “I’m sorry you’re hurt, but I wasn’t wrong.” People often need to hear “I was wrong; I made a mistake,” because they will perceive any apology that isn’t accompanied by acceptance of responsibility as potentially false and meaningless.

3. “How can I make it right?”  Making restitution.

This language is necessary in order for some people to perceive an apology as sincere. It’s not enough for them to hear “I’m sorry” or “I was wrong,” unless the offender also expresses willingness to correct the mistakes that were committed. If we show our desire to make restitution for our behavior, we show people we really care, and are willing to show that in actions, not just words.

This is why it’s also important to understand the language of love of the person we have offended—so that we can make restitution in a way they will understand.

4. “I want to change.” Genuinely repenting.

Some people only find an apology convincing if it’s accompanied by the desire to change the offending behavior in the future, correcting the attitudes that have caused the offense and that are hurting our relationship.

Admitting that you are wrong makes you vulnerable, and allows the person you’ve offended to see into your heart. This sincerity, this nakedness of the soul, provides confidence that your apology was sincere, as long as it translates into the desire not just to make up for what was done, but to avoid doing something similar in the future.

This shouldn’t remain on an abstract level, but should be formulated in concrete terms of how we plan on changing our attitude and behavior.

5. “Can you find it in your heart to forgive me?” Requesting forgiveness.

Sometimes, people need to hear us ask directly for forgiveness, because they feel that it’s a guarantee that we, who have hurt them, recognize the need to be forgiven.

When we apologize this way, what we’re really asking for is to continue being loved. We’re assuring the offended party that we want to see the relationship completely restored, that we are sincerely repentant for what we have done, and that we’re willing to put the future of our relationship in the other person’s hands. That’s to say, we’re recognizing that the decision to forgive or not to forgive belongs to them, and we are literally at their mercy.

Apologizing for our mistakes and offenses isn’t easy, and we might not get it right the first time. It’s important that we analyze the apology language we use, to be sure we are sincere and that we are expressing our sorrow in a way that the other person needs and deserves. When we do get it right—both in our hearts and in our words—and we receive forgiveness, let’s remember that it is a gift we should be thankful for, and an opportunity to grow in love and in knowledge of ourselves and of the people we love.

Read more:
The 5 Love Languages — Which is Yours?