When did Jesus rise from the dead? 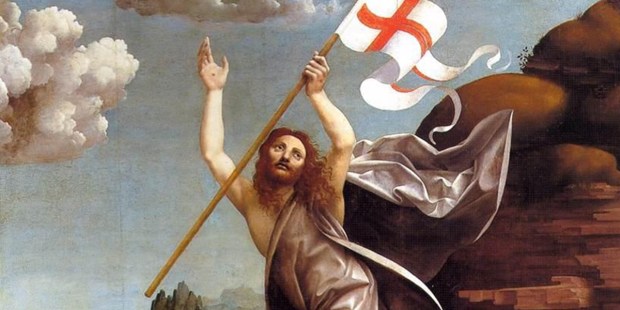 Was it on Saturday night or Sunday morning?

In the Gospel accounts, Jesus is said to have risen from the dead “on the third day” or “after three days.” This appears to be a contradiction in terms, and could make it appear that there are multiple possibilities as to when Jesus rose from the dead. Also, the fact that Jesus died on a Friday makes these phrases even more confusing, as a Sunday resurrection could be scrutinized based on this discrepancy.

However, according to biblical scholar Ben Witherington, it should not worry us, as the Gospel writers were not using terms that have the same scientific precision that our modern language possess.

The problem with this sort of modern reasoning is that it assumes the Gospel writers intended always to write with precision on this matter. In fact the phrase “after three days” in the New Testament can simply mean “after a while” or “after a few days” without any clear specificity beyond suggesting several days, in this case parts of three days, would be involved.

Witherington even showed an example from the Old Testament in which “‘after three days’ means the very same thing as ‘on the third day.'” So while these phrases in modern English appear to be contradictory, “These texts were not written to meet our modern exacting standards when it comes to time.” Furthermore, “days” in Jewish reckoning were not the midnight-to-midnight 24 hours that we use today, and typically started at sundown of one day and ended on the following sundown.

Getting back to the primary question, when did Jesus rise from the dead?

According to the traditional biblical narrative, Jesus died on a Friday afternoon, the “day of preparation” before the Sabbath, which for Jews was on Saturday. Apologist Jimmy Akin reconstructs the timeline of Jesus’ death and resurrection, based on the Gospels and Jewish traditions, as follows.

This is consistent with Matthew’s account of the women who visited the empty tomb on Sunday morning, “After the sabbath, as the first day of the week was dawning, Mary Magdalene and the other Mary came to see the tomb … Then the angel said to the women in reply, ‘Do not be afraid! I know that you are seeking Jesus the crucified. He is not here, for he has been raised just as he said'” (Matthew 28:5-6).

As a result, Jesus likely rose from the dead between sundown on Saturday and dawn on Sunday, before Mary Magdalene reached the tomb. It’s not surprising that the Church has always followed this timeline, with the Easter Vigil service on Saturday night already celebrating Jesus’ resurrection. This placement of Jesus’ death on Saturday night corresponds with the biblical narrative and Jewish practices at the time.

While we don’t know the exact time Jesus rose from the dead, the important part is that Jesus did rise from the dead and opened for us the gates of Heaven and the promise of a future resurrection at the end of this world.

Read more:
How many times did Jesus appear after his resurrection?