The history of Shanghai’s St. Ignatius Church begins at the start of the 20th century, when the Chinese port city of Shanghai was a thriving financial center with an active community of foreign financial institutions.

The Republic of China granted some foreign governments the right to rule over certain parts of the city. The British and American had so-called “concessions” along the Huangpu River, while the French were assigned a territory in the interior of the city. The “French concession” was largely made up of quiet leafy residential streets populated by French Renaissance-style apartment buildings and European cafes. That’s also where the French Jesuits established one of the most important Catholic centers of East Asia. 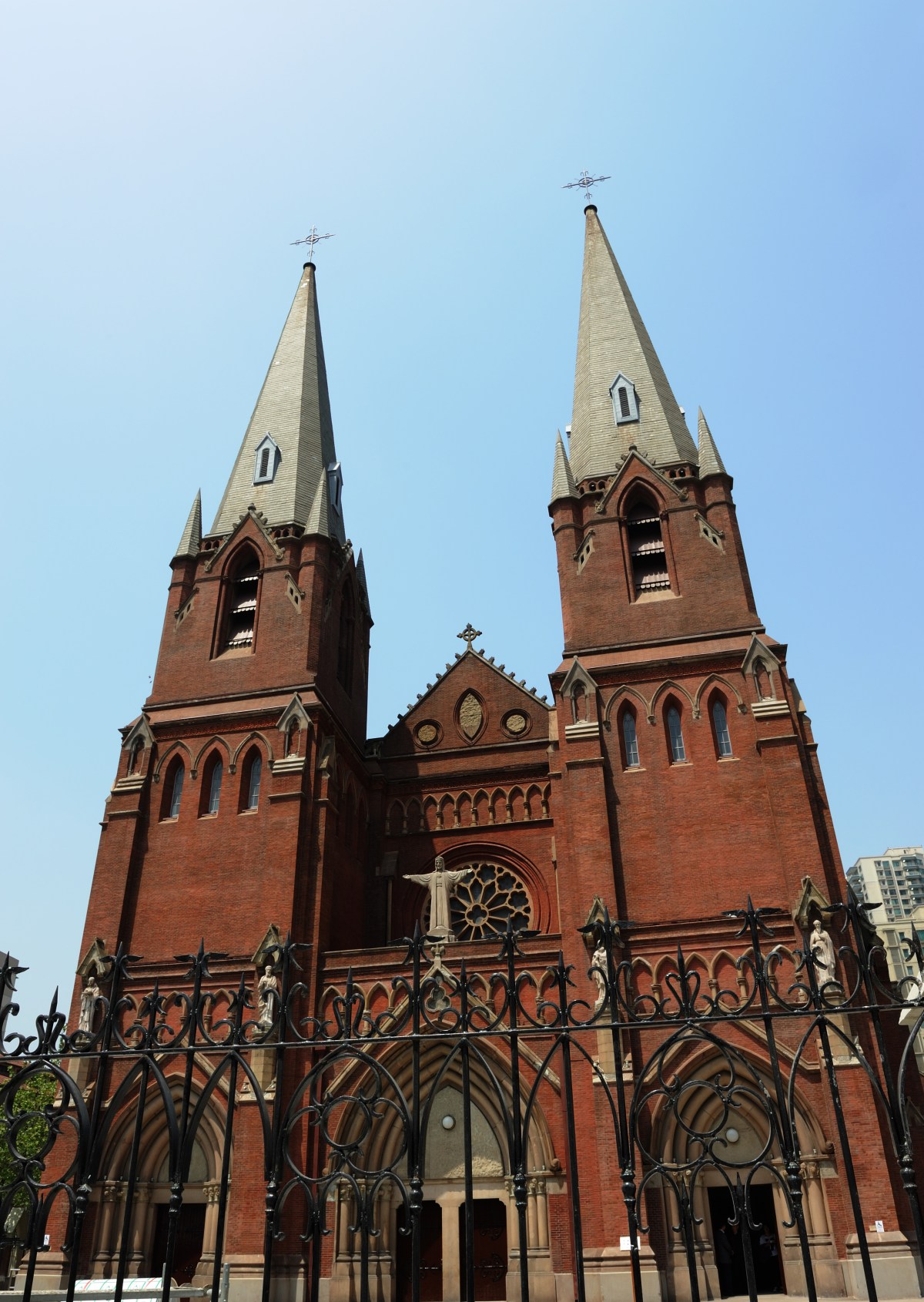 Jesuits began sending representatives of their order to China as early as the 14th century, but it was in the 19th century that they really started to build a community in the Far Eastern country. In 1842, French Jesuits Claude Gotteland, Benjamin Bruyere and Francois Esteve arrived in Shanghai and established the first Jesuit seminary, training a total of 22 seminarians. By 1848 there were 37 Jesuits in Shanghai, involved in everything from astronomy to botanical research to education.

During the 20th century Shanghai’s Zikawei district became a Catholic enclave hosting many of the cultural institutions run by Jesuits, including a Sinology center dedicated to the study of Chinese language and culture. In order to better serve the needs of an expanding Catholic population, the Jesuits decided to build a cathedral in the heart of Zikawei. The project was taken on by English architect William Doyle, who opted for a Gothic design. Construction took place between 1906 and 1910.

Shaped according to a Latin cross plan, the church features red brick facades and two imposing bell towers measuring 187 feet. Interiors follow the typical outline of Gothic churches, with round pillars made from stones carved out of Mount Jin, in Suzhou province, and six large rose windows with stained glass decorations representing different moments of the life of Jesus. A total of 19 altars were crafted inside the cathedral, with the main altar featuring a sculpture of the Blessed Mother holding Jesus. With a capacity of more than 2,500, St. Ignatius quickly became known as the “grandest church in the Far East.”

During the first 50 years of its existence, the church became an established landmark for both foreign and local Catholics. But the beginning of Mao’s Cultural Revolution, which included a crack down on all forms of organized religion, put an end to St. Ignatius’ golden years.

In 1966, the Red Guards vandalized the cathedral, smashing an estimated 300 meters of stained glass and assaulting priests and nuns. Bishop Aloysius Zhang Jiashu was dragged away from St. Ignatius and assigned to forced labor routines. For the next 10 years, the “grandest church in the far East” was used as a state-owned grain warehouse.

It was not until 1978 that St. Ignatius was finally restored to its former glory and its doors re-opened to the public. Efforts to incorporate Chinese culture within Catholic spirituality led to the celebration of the first Mass in Chinese in 1989, and to refurbishment work to add Chinese iconography elements to stained glass windows.

Today, the cathedral is home to one of the largest Catholic communities in China, with a capacity of nearly 3,000 people. Visitors are welcome on Saturdays (between 13.00 and 16.00) and Sundays (between 14:00 and 16:00). Visiting St. Ignatius is a perfect way to learn more about Shanghai’s long established Catholic community and to explore one of the key landmarks of the charming French concession, a proof of the city’s multicultural past.