Notre Dame will get temporary wooden church to accommodate the faithful 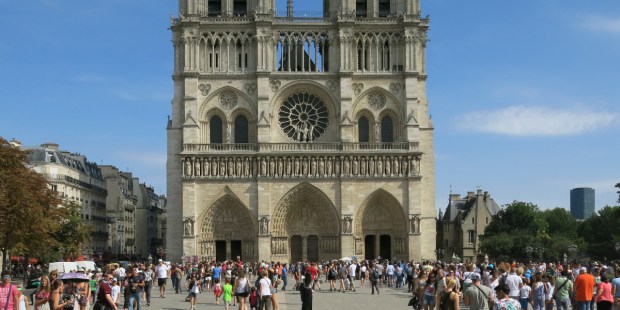 The “ephemeral cathedral” will be built in front of the great cathedral.

Catholics who wish to go to Mass at Notre Dame in Paris may not have to wait five years until the fire-ravaged cathedral is rebuilt.

An “ephemeral cathedral” made of wood will be built in front of the church as soon as the site is secure and the esplanade reopens, said Msgr. Patrick Chauvet, rector of Notre Dame, who added that Paris mayor Anne Hidalgo had backed the plan.

According to a report in The Guardian, the temporary wooden church will also be open to tourists, who come in the millions to see Notre Dame every year.

“We mustn’t say ‘the cathedral is closed for five years’ and that’s it,” said Msgr. Chauvet to France’s CNews.

President Emmanuel Macron said on Tuesday that he intended to rebuild Notre Dame within five years.

“Can I not build an ephemeral cathedral on the esplanade [in front of Notre Dame]?” Chauvet asked, according to The Guardian.