The scene as tens of thousands crowd around St. Patrick’s Cathedral to celebrate Easter

The day commemorating the Resurrection of Jesus Christ is one of the most joy filled days in New York City. Thousands of people show up dressed in their finest clothes and sporting ornate bonnets on Fifth Avenue while the line to enter for Mass extends down the block. Typical of New York, people from every ethnic background and personality paint a rich picture of the diversity of the city which still remains to this day the symbol of the melting pot, being in its essence, a city built by the sweat and love of immigrants. 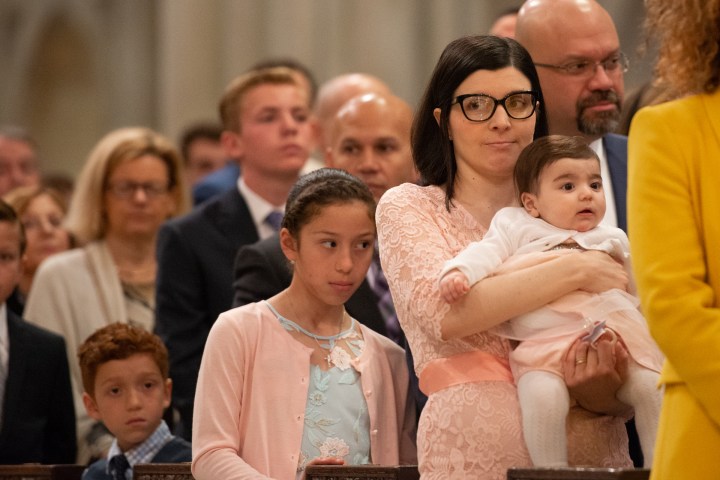 A cheerful Cardinal Timothy Dolan greeted the crowds outside the Cathedral while the capacity crowd inside waited with joyful anticipation of the declaration, “He is Risen!”

In his homily, the Cardinal spoke passionately of the death and Resurrection of Christ and how the …”Blood and water represent birth…and the blood and water that flowed from Jesus side point to the birth of His Church.”

At the conclusion of the Mass after the final Blessing he proclaimed “Happy Easter and Happy Birthday!”