What the oldest Easter homily we have tells us about God 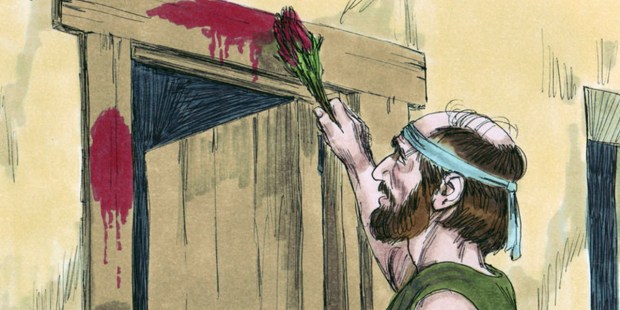 Ancient Church scholars were adept at bridging the Old and New Testaments.

There are a number of texts of the early Church that Church Fathers mention in their writings, but which were lost to history until recently. Works like the Didache or the authentic letters of St. Ignatius of Antioch were often quoted or referred to with reverence, but were not recovered intact until the last few hundred years, when ancient copies were discovered on back shelves of libraries. Another of these manuscripts, found only relatively recently, gives us the oldest Easter homily we have.

In 1940, the scholar Campbell Bonner published a translation of the work On the Passover by St. Melito of Sardis. A Jewish convert born into the Greek half of the Roman Empire, St. Melito was a bishop in the western part of Asia Minor who died in the year 180. His works are referenced by St. Clement of Alexandria and St. Jerome, as well as other influential early Christian writers such as Eusebius, Origen, and Tertullian.

By all accounts he was renowned for his holiness and regarded as a prophet (a term still used in the early Church for preachers with a particular charism, c.f., Ephesians 4:11).

The Church Fathers, on the other hand, following the example of the New Testament writers themselves, showed how the life and acts of Jesus were foreshadowed in the Old Testament. In the words of St. Augustine, “the new is concealed in the old, the old is revealed in the new.”

St. Melito recounts the Passover, when as the last plague against Egypt God sent the angel of death to slay the firstborn, but spared those who placed the blood of a sacrificed lamb over their door post, so that the angel “passed over” their houses. St. Paul had identified Jesus with the Passover lamb (1 Corinthians 5:7), and the Book of Revelation does so almost exclusively, but St. Melito goes so far as to say not only that the Passover lamb was a foreshadowing of Christ crucified, but that in a sense Christ’s saving action on the cross was at work in the first Passover!

Thus, he writes later: “Therefore, the type had value prior to its realization, and the parable was wonderful prior to its interpretation.”

While not mentioning him, St. Melito is responding to Marcion and those like him who denied that it was the same God acting in both the Old Testament and New Testament. He writes that it is the same one “who made the angels in heaven … who guided you out of Egypt … who came to you, the one who healed your suffering ones and resurrected your dead.”

In this Easter season, as we continue to celebrate the resurrection of Our Lord, St. Melito helps us to see how this event is the culmination of salvation history, which included events in the far distant past, but in which the same Lord was present and active. St. Melito’s writing helps to reveal the new concealed in the old.