This saint was killed for reciting the Apostle’s Creed 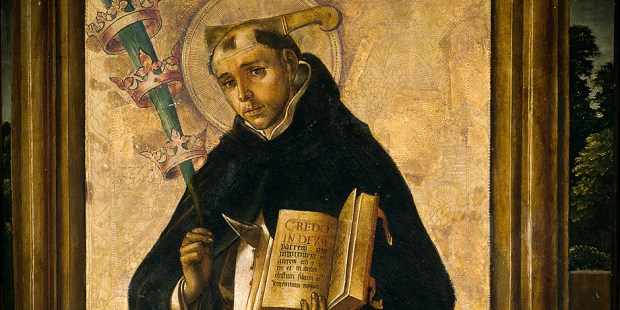 St. Peter of Verona refused to renounce his faith, uniting himself more firmly to the central beliefs of the Catholic Church.

During the 13th century, there remained parts of Italy attached to an old heresy known as Catharism. Peter of Verona’s parents were among the many adherents to this heresy, which among other errors denied the oneness of the Blessed Trinity.

Eventually Peter met St. Dominic, founder of the Order of Preachers (later called Dominicans), and joined his new religious order. Peter was a brilliant preacher, but also had a deep knowledge of the faith and was appointed as an “inquisitor” by the pope.

He preached throughout Italy, trying to root out these wayward beliefs and bring people back into the fold of the Catholic Church. His particular role as a defender of the faith attracted many enemies as well, who did not want him taking people away from Catharism.

The Catholic Encyclopedia narrates what happened next.

When returning from Como to Milan, he met a certain Carino who with some other [Cathars] had plotted to murder him. The assassin struck him with an axe on the head with such violence, that the holy man fell half dead. Rising to his knees he recited the first article of the Symbol of the Apostles [the Apostle’s Creed], and offering his blood as a sacrifice to God he dipped his fingers in it and wrote on the ground the words: “Credo in Deum”. [I believe in one God] The murderer then pierced his heart.

Soon afterwards his murderer renounced his heretical beliefs and joined the Dominicans in their mission and led a life of holiness for the rest of his life.

St. Peter of Verona, sometimes known as Peter Martyr, was the first Dominican martyr to be canonized a saint.

Read more:
5 Things you didn’t know about St. Dominic, founder of the Order of Preachers

Read more:
Here’s what you need to know about the Dominicans