Gloucester Cathedral, the location site of the Harry Potter movies

Many scenes of the popular saga have been filmed inside the 1,300-year-old Gloucester Cathedral.

It’s easy to think that the magic world of Harry Potter largely resides in the realm of imagination. Quidditch, Muggles and Death Eaters are indeed the wonderful product of J.K. Rowling’s fantasy world. But what if there were actually a place just like Hogwarts out there? Harry Potter fans may be glad to know that that place does exist. Indeed, some of the most memorable Hogwarts-based scenes in the eight Harry Potter movies have been filmed in what is formally known as the Cathedral Church of St Peter and the Holy and Indivisible Trinity, in the British town of Gloucester. 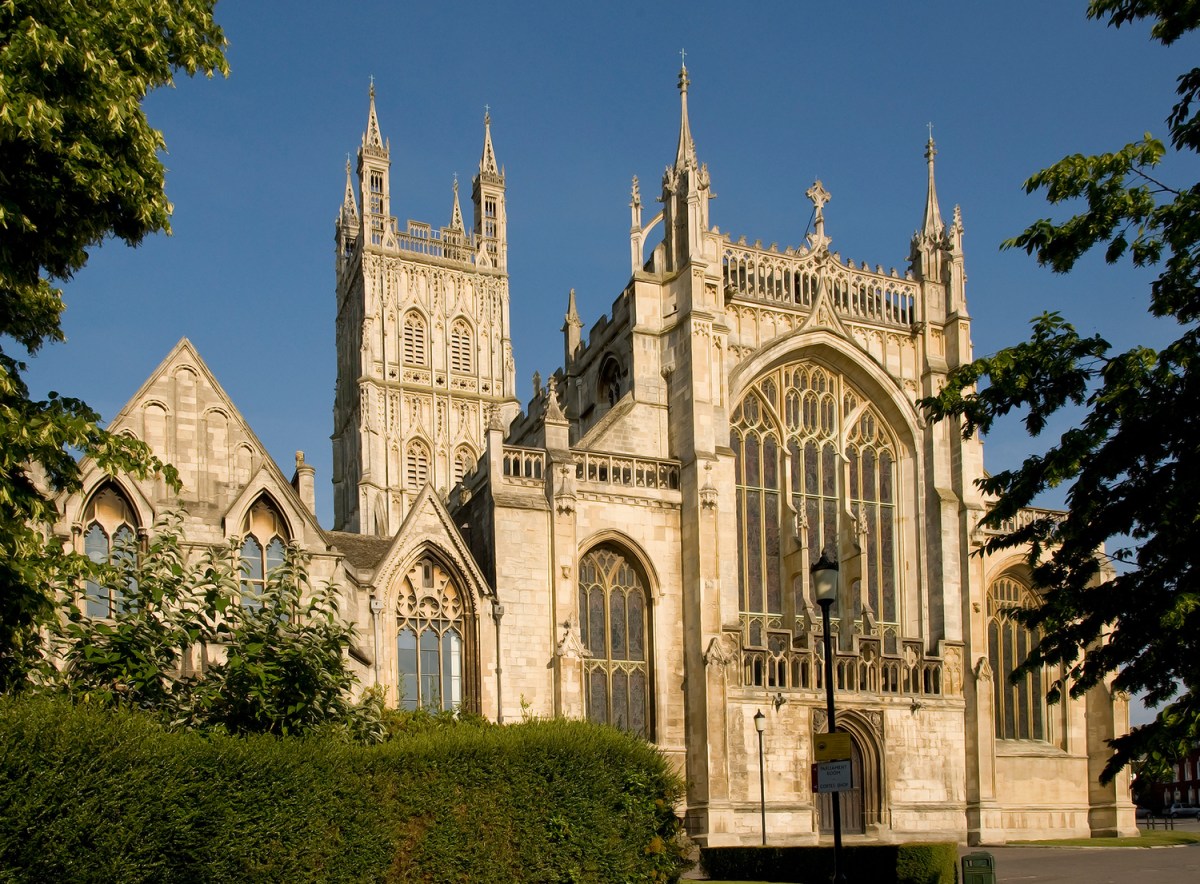 Gloucester Cathedral, as it is more commonly known, has been a place of worship for the past 1,300 years. The first stone was set around 1089 by order of local Abbott Serlo, who opted for the standard Norman design of his time, characterized by bulky foundations and the use of the rounded arch. Later additions in various sub-genres of the Gothic style, characterized by taller structures and more refined decorations, were made for the following 300 years, with the last major changes introduced at the end of the 15th century.

Today, the cathedral is one of the most outstanding examples of Perpendicular architecture, a sub-genre of Gothic in use between the late 14th century and the 16th century and characterized by vertical lines in tracery and paneling. The most striking visual example of Perpendicular architecture at play in Gloucester Cathedral is probably the south porch, featuring a fan-vaulted roof that looks like a spider web. The very tall, narrow columns that support the vault are also typical of the overall lightness of the Perpendicular style. Parts of the north transept were built in the same fashion, while the choir, featuring an apsidal chapel on each side and bulky columns, is a product of both Perpendicular and Norman architecture.

The two cloisters, also featuring spiderweb-like fan-vaulted roofs, have been used as the set location for many scenes in three out of eight Harry Potter movies—the first, the second and sixth. Fans should recognize the door of the Gryffindor common room and the corridor where the words “The Chamber of Secrets has been opened! Enemies of the heir beware!” appear in the first movie, and where the sentence “Her skeleton will lie in the Chamber forever” make its appearance in the second movie.

But the cathedral has not just been featured in Harry Potter movies.. Documentaries and TV series such as Doctor Who (1963), Wolf Hall (2015) and Sherlock (2010) have also been filmed in the wondrous interiors of Gloucester Cathedral.

And sports lovers may be surprised to know that some of the beautiful stained glass decorations that make up the main windows of the cathedral offer some of the earliest depictions of golf ever to be found, dating to 1350, and some of the earliest images of what some historians believe to be medieval football.

Gloucester Cathedral is open for visitors every day of the year. Entrance is free, however a small donation is suggested to contribute to the preservation of this architectural jewel (suggested donation per adult visitor is $7).

And for die-hard Harry Potter fans, special tours can be arranged where local tour guides can point to the exact spots where some key scenes of the saga were filmed.