Panic attacks: What they are and how to deal with them 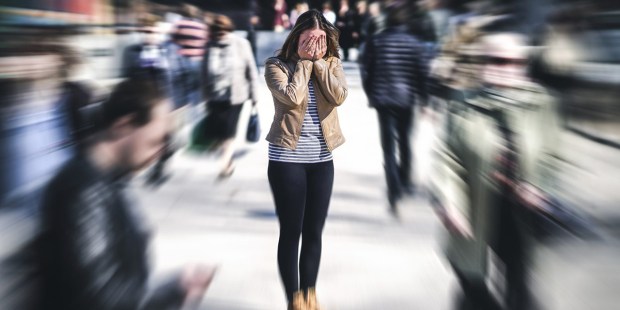 The symptoms feel frightening, but understanding them can help you to overcome them.

We’ve all heard of panic attacks. Perhaps a friend or family member has had them, or maybe you wonder if you’ve had them. What is a panic attack, exactly? And, how can you deal with them, or help someone you love to manage them better?

Francesco Vincelli—an Italian psychologist, psychotherapist, and professor—offers an answer in a recent article published in the the Italian magazine, Wellbeing: health with soul (BenEssere, la salute con l’anima). Here are some of the main ideas and suggestions.

What is a panic attack?

Among the wide range of anxiety disorders, panic attacks are distinguished by their sudden onset and the pervasive emotional dissonance they create. They consist in the sudden appearance of intense fear that reaches its peak in just a few moments, during which you suffer a particular combination of physical and cognitive symptoms, which vary somewhat from person to person.

Among the most common are heart palpitations, perspiration, chest pains, and a suffocating sensation, all of which often make people seek emergency medical assistance, because these symptoms can make people think they’re having a heart attack. Other common symptoms include abdominal discomfort, vertigo, and a widespread tingling or “pins and needles” sensation, chills, or hot flashes (similar to those experienced by menopausal women).

The psychological symptoms of a panic attack include an overwhelming fear of losing control or of “going crazy,” and a fear of imminent death. Sufferers of a panic attack may also experience a feeling of unreality or detachment, which makes them feel as if the people and things around them are unreal, strange, or deformed, as if in a dream; they may also have an altered self-perception, as if they themselves—or all or part of their body—are unreal, or detached from their consciousness. The technical names for these feelings are “derealization” and “depersonalization.”

A panic attack can follow a state of emotional tranquility or one of anxiety, and when the attack ends, the person can return to either state. Most people who’ve had a panic attack describe their first one as being like a bolt of lightning out of a blue sky, happening without any warning. However, when they look back at the preceding weeks or months, they can often identify some stressful event in their life or environment, often related to interpersonal problems (at work, in their family, or in their romantic relationship) or to sickness or grief. Some people only ever have one panic attack; others experience them occasionally, or frequently.

The fear of fear

In the latter case, such people’s natural “alert” system becomes permanently active, creating a “fear of fear”; they are constantly terrified that another panic attack will occur. This condition itself predisposes them strongly to further manifestations of intense anxiety, creating a negative feedback loop.

The experience of a panic attack is often complicated, Vincelli says, by the appearance of agoraphobia, a disorder that takes its name from the Greek word “agora,” a public open space.

Agoraphobia consists in a great fear or anxiety related to being in certain places or situations, such as riding in private or public transportation; being in wide open spaces, or in closed ones; waiting in line; being in a crowd; or even just going out of the house alone. People who’ve had panic attacks avoid situations in which it could be difficult for them to escape, or where they would not have access to help if they were to have another panic attack or some other problem that could make them feel ashamed, such as throwing up or being incontinent.

Agoraphobia in its more intense forms can significantly limit a person’s social and professional life; some people even end up being homebound, or having an absolute need of a companion in order to face the outside world—the so-called “phobic companion”–without whom they would feel lost and unable to face the situations that trigger their phobia.

Advice for those who suffer from panic attacks

What advice does the author give to those who suffer from panic attacks? Above all, Vincelli explains, it’s important to become more aware of the stressors that endanger our psychological balance, whether those stressors be past or present. He then points out that panic attacks are temporary situations that usually last about 10 minutes, and during which the physical symptoms are not the result of a biological Illness, but rather are channels for unloading accumulated psychological tension. Understanding the nature and origin of what’s happening can help reduce the stress, anxiety, and fear.

People suffering from a panic attack can benefit from making an effort to breathe more slowly and deeply, because the short and shallow breathing common during a panic attack makes the physical symptoms worse, which in turn increases anxiety. It can also be useful for them to divert their attention from their own body and focus on the outside environment so as to arrest the downward spiral of anxiety that feeds on the physical symptoms.

When dealing with panic attacks, especially if you have them frequently, it’s vitally important to seek professional help. A psychotherapist can provide both appropriate medication and the necessary psychotherapy to help the patient understand the mechanisms of anxiety, and teach them behavioral techniques to help them face anxiety more successfully.

Suffering panic attacks is not inevitable, nor do they have to last forever. A panic attack is a transitory psychological state, composed of irrational thoughts and behaviors, which—with proper help—we can learn to overcome.

Read more:
I think I’m having panic attacks. What should I do?