Who was little Francisco Marto, the Fatima visionary?

When he was dying, he told his mom, "Look at the beautiful light by the door!"

The year was 1917. Europe was in the middle of a war. Three little shepherds—Francisco, Jacinta, and Lucia—were keeping watch over their flock at Cova da Iria, a bit more than a mile from the Portuguese town of Fatima, when a woman “shining brighter than the sun” appeared to them, holding a white rosary in her hands.

Three times before this first apparition of the Blessed Virgin (the first of six), an angel had foretold to the children a future event of divine grace, and had invited them to offer prayers and sacrifices in reparation for the sins of humanity. These apparitions remained engraved on their hearts, and they would not speak to anyone about them, until the bishop ordered Lucia to write a full account of them.

Francisco, unlike Jacinta and Lucia, was unable to hear the words of the Virgin Mary during the apparitions; he relied on the other two visionaries to relate the full conversation to him afterwards. Yet, the Virgin speaks through his testimony of a holy life, and many witnesses say they have received gifts of grace after having prayed for his intercession.

Before beginning, let us look at their faces. Here are some images of the visionaries of Fatima, some of them rarely seen. 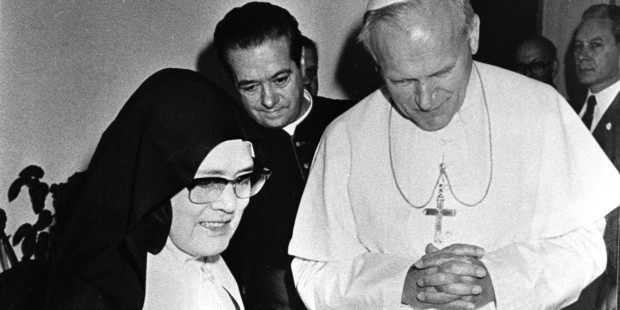 Francisco was the tenth of 11 children. According to his parents, Olimpia and Manuel Marto, he was an example of obedience. He was a “patient, loving, and reserved child, inclined to contemplation.” When he played games, he accepted defeat like a gentleman, and even when he won and his playmates tried to take away the victory, he ceded without complaint.

He also had a certain tendency to isolation, and it didn’t bother him if other children tended to pay him little attention. According to various testimonies, he loved silence, and never looked for an argument or a fight. The young shepherd loved nature, poetry, and music, and had a great heart.

The Virgin Mary, during her first apparition on May 13, 1917, foretold that he would go to heaven soon, but that he would have to pray many rosaries first. That is what the young Francisco would do, until his death on April 4, 1919, as the result of the Spanish flu, which he received as an “immense gift” to console Christ—”so sad because of so many sins,” he said—to redeem the sins committed by many souls, and to win Paradise, according to his biographers.

A Belgian website about the Fatima apparitions, Fatima.be, recounts the story of Francisco’s last days, as told by people who were present.

One day, two women were speaking with him, and they asked what career he would like to follow when he grew up.

“Would you like to be a carpenter?” one of them asked.

“No ma’am,” the child replied

“A soldier, then?” asked another.

“I know what you like to be, then: A priest! To say Mass, hear confessions, preach … Am I right?”

“I don’t want anything. I want to die and go to heaven!”

It was a firm decision, according to Antonio, Francisco’s father. Two days before his death, Francisco asked to make his First Communion. He told his little sister Jacinta, “Today, I am happier than you, because I have Jesus in my heart.”

At 10 p.m. that night, before he died, he told his mother, “Look, Mom, at the beautiful light by the door!” Then, with a beautiful, angelic smile, without suffering or complaining, he left this world. The young boy was only 11 years old. The Mother of Jesus had promised him she would come for him if he prayed many rosaries, and they both kept up their part of the agreement.

“He prayed it nine times a day, and made heroic sacrifices” to avoid sinning. When he no longer had the energy to recite it, he said, “Oh, Mom! I no longer have the strength to pray the Rosary, and the Hail Marys that I say sound empty!”

His mother consoled him, saying to him, “If you can’t recite the Rosary with your lips, say it with your heart. Our Lady also listens that way, and she’ll be just as happy!”

Francisco’s remains were at the parish cemetery in Fatima until March 13, 1952, when they were transferred to the chapel to the right of the main altar of the Basilica of Our Lady of the Rosary in Fatima. They lie right in front of the remains of his little sister, which were placed there on May 1, 1951, one year earlier. The remains of their cousin, Sister Lucia, joined them on February 19, 2006.

“You will suffer much, but the grace of God will be your consolation,” the Virgin Mary had warned him and the other two shepherds. Indeed, little Francisco suffered humiliations when the news of the first apparition of the Virgin spread throughout the town of Aljustrel, where he lived with his family. At school, not only did his classmates made fun of him; even his own teacher, who didn’t believe in God, accused him of being a false visionary.

But Francisco never complained; he endured all of the humiliations, both verbal and physical, without saying anything—so much that his parents never knew anything about it.

His reward on Earth

Seventeen years after Pope John Paul II’s pilgrimage to Fatima, in May of 2000, when Francisco was beatified together with his sister Jacinta (48 years after the process was opened), Pope Francis returned to the shrine on May 13, 2017, to celebrate the centenary of the apparitions and to proclaim their canonization.

This made them the first children who were brother and sister, and not martyrs, to be recognized as saints together. It opened the path of canonization to other children who died as young as they did with a reputation of holiness.

The first miracle that took place through his intercession, and which was chosen for his beatification, was the healing on March 25, 1987, of Maria Emilia Santos of Leiria, Portugal. She was a paraplegic who recovered the ability to walk after praying the Rosary during a retreat for the sick at Fatima. The second miracle, chosen for his canonization, was the healing of a Portuguese baby, Felipe Moura Marques, who lived in Switzerland, and who was diabetic from birth (type 1 diabetes) and had been declared incurable.

Lucia, the cousin of the Marto children, who was also a witness of the apparitions, may also be beatified and then canonized, but her death is more recent (2005) so her cause is still in the early stages. The diocesan phase of her process of beatification was officially closed on February 13, 2017.