The expressionist James Ensor juxtaposed modern-day political leaders with the “true defender of the poor.”

Famous for his surreal style featuring bright colors, carnival masks, and puppet-like characters, Belgian artist James Ensor (1860-1949) is considered a precursor of 20th-century expressionism. And while expressionism is usually not associated with religious themes, Ensor’s most famous work, “Christ Enters into Brussels,” was centered around the figure of Jesus.

Ensor was in fact fascinated by Christ, particularly for his defense of the poor and the oppressed. Growing up in a Brussels middle-class family, Ensor was very sensitive to class issues and an opponent of the “social hypocrisy” displayed by the “bourgeoisie” of his native city. During Ensor’s youth, Belgium was undergoing profound social changes and some members of urban political elites were embracing socialism out of a personal desire for power rather than a genuine concern for the poor. Many urban crowds were charmed by populist leaders who were good at promising equality for the sake of personal power. Part of Ensor’s work acted as a visual display of dissent towards such hypocrisy by contrasting it with Jesus’ genuine defense of the poor.

For “Christ Enters into Brussels,” the Belgian artist imagined his fellow citizens welcoming the return of Christ in 19th-century Brussels. Rather than directing their attention at Jesus, the crowd in Ensor’s painting seems to be preoccupied with seeing and being seen. People are represented wearing masks, a reference to the hypocrisy of political life, apart from Jesus himself — whose face was modeled after that of the artist, as Ensor perceived himself as a lone honest observer of the “carnival” of Brussels public life. Some subjects in the paintings were modeled after real political figures from the time, such as atheist social reformer Emile Littré, depicted in the center-front of the painting wearing a bishop’s garb and holding a drum major’s baton as he leads the crowd. Littré’s grotesque figure stands at odds with the humble silhouette of Jesus, in the back of the painting, a reference to the distance between the self-declared defenders of the poor and the actual revolutionaries. 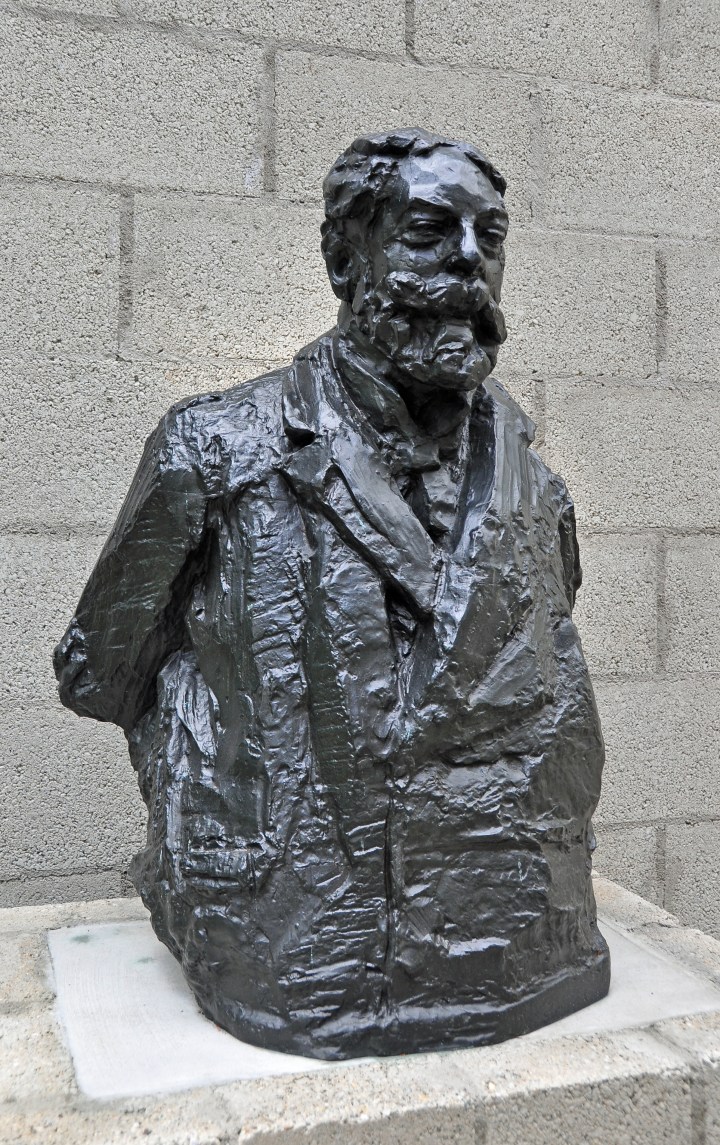 Ensor completed “Christ Enters into Brussels” in 1888 but the painting was rejected by “Les XX,” an artistic movement that he helped co-found, so he hung it in his own home in the seaside town of Ostend, where the artist spend most of his adult life. It was not shown again in public until 1929 and only featured as a part of a permanent collection between 1947 to 1983, when he was part of the collection of the Royal Museum of Fine Arts, Antwerp.

Critics currently interpret “Christ Enters into Brussels” as the finest work by James Ensor, both for its message and for the display of elements of expressionism, such as bright colors and dramatic use of light, at least 20 years before the start of the movement in 1912. The painting is now part of the permanent collection of the Getty Center in Los Angeles, California.