This throne will endure forever according to the Bible 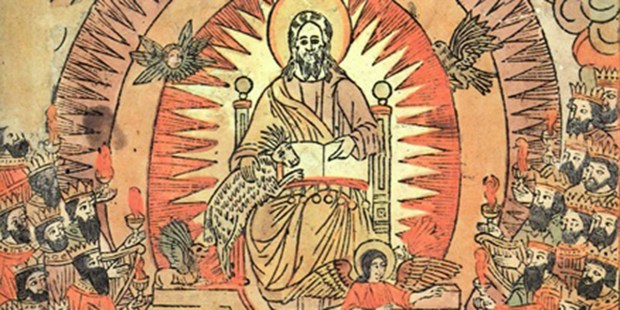 While most thrones are destroyed (some through fire) this throne is eternal.

Throughout history kingdoms have risen and fallen; empires have conquered and been destroyed. Often the leaders of these nations sat upon a physical throne that represented their authority and power.

Many leaders would lavishly ornament their thrones, making them much more than a piece of furniture. For some leaders it was as if the throne was the source of power, and many would fight over who would sit in it. These thrones have all passed away after only a few generations. It is a temporal power that is fleeting, often corrupting the person who possessed it.

However, there is one throne that was prophesied in the Old Testament that endures to this day and will last for all eternity.

God spoke to King David through the prophet Samuel about an everlasting throne.

While in some ways this was fulfilled through David’s son, Solomon, it was ultimately fulfilled through Jesus Christ, the true Son of David. He is the Messiah from the line of David and is the one who fulfills this prophecy by establishing a new kingdom that does not have borders or an earthly realm.

Jesus himself described where this throne exists when speaking to his apostles.

Jesus said to them, “Truly, I say to you, in the new world, when the Son of man shall sit on his glorious throne, you who have followed me will also sit on twelve thrones, judging the twelve tribes of Israel.” (Matthew 19:28)

Jesus also describes how at the end of this world he will return to earth in a spectacular way.

When the Son of man comes in his glory, and all the angels with him, then he will sit on his glorious throne. Before him will be gathered all the nations, and he will separate them one from another as a shepherd separates the sheep from the goats, and he will place the sheep at his right hand, but the goats at the left. (Matthew 25:31-33)

The book of Revelation confirms the existence of this eternal throne in the heavenly Jerusalem, where it has a spectacular appearance.

At once I was in the Spirit, and lo, a throne stood in heaven, with one seated on the throne! And he who sat there appeared like jasper and carnelian, and round the throne was a rainbow that looked like an emerald. Round the throne were twenty-four thrones, and seated on the thrones were twenty-four elders, clad in white garments, with golden crowns upon their heads. From the throne issue flashes of lightning, and voices and peals of thunder, and before the throne burn seven torches of fire, which are the seven spirits of God; and before the throne there is as it were a sea of glass, like crystal. (Revelation 4:2-6)

When reflecting on this throne, it should remind us where we should ultimately put our trust. Earthly leaders will rise and fall, and while we should promote truth and justice in society, these leaders are not the ones in whom we should place all our trust.

We are children of a King who rules the world in love and mercy and whose throne is not made of iron. His throne is an everlasting throne that will never end and will shine brightly when this world comes to an end. That thought should give us peace.

Read more:
A regal litany to Jesus, King of the Universe