Bike your way to the sanctuary of the patroness of cyclists

The sanctuary of the Madonna del Ghisallo, in Magreglio, near Lake Como, includes a small cycling museum.

Tradition tells that when Count Ghisallo was being chased by bandits, he saw the Virgin Mary appear in a small chapel nearby, offering him refuge. As he ran to the place, he miraculously escaped being assaulted.

Since then, the Madonna del Ghisallo has become the patroness of both the town and those who travel around the northern Italian Alps.

Pope Pius XII could not but approve the petition.

Today, the small Sanctuary of the Madonna del Ghisallo also hosts a museum, featuring photographs and memorabilia of some the most remarkable cyclists of all time, and maintains a permanently lit torch, in memory of dead athletes. 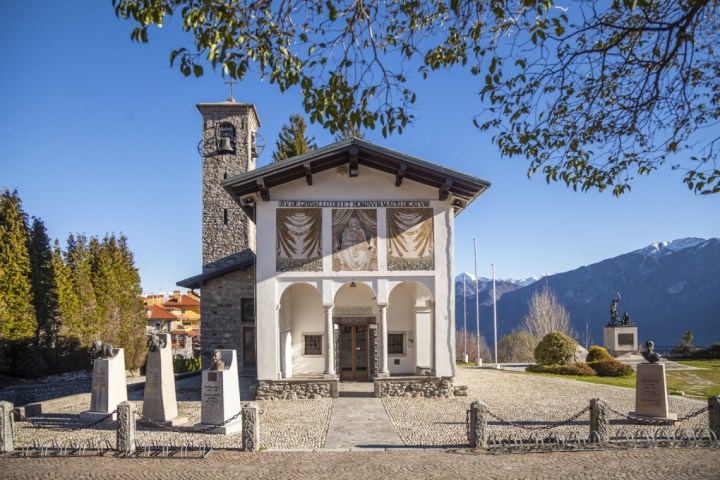