Official in Germany warns Jews not to wear skullcap 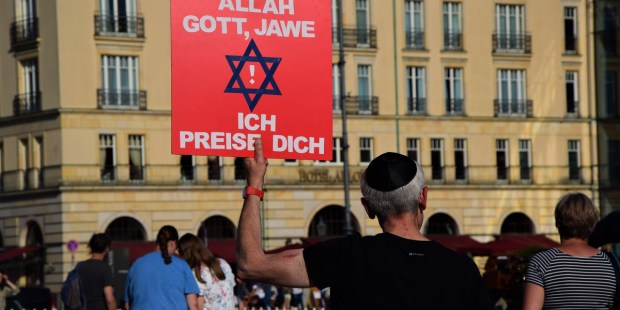 Rise in anti-Semitism making it dangerous to display religious symbol

Felix Klein, Federal Government Commissioner for Jewish Life in Germany and the Fight against Anti-Semitism, said he wouldn’t advise Jews to wear skullcaps in parts of the country.

“My opinion has unfortunately changed compared with what it used to be” on the matter, Klein said in an interview with the Funke newspaper group. “I cannot recommend to Jews that they wear the skullcap at all times everywhere in Germany.”

The Associated Press said he did not elaborate on what places and times might be risky.

Klein blamed “increasing social disinhibition and brutality,” according to the Times of Israel.

Government statistics released earlier this month showed that the number of anti-Semitic and anti-foreigner incidents rose in Germany last year, despite an overall drop in politically motivated crimes.

“There is much insecurity among police and government officials in dealing with anti-Semitism. Many officials do not know what is allowed and what is not,” he said, according to the Times of Israel. “There is a clear definition of anti-Semitism, and it has to be taught in police schools. Likewise, it should be part of the education of teachers and lawyers.”

According to the New York Times, 85% of German respondents to a 2018 European Union survey of European Jews characterized anti-Semitism as a “very big” or “fairly big” problem, and 89% said the problem has become worse in the last five years:

Overall reported anti-Semitic crimes in Germany increased by nearly 20 percent last year to 1,799, while violent anti-Semitic crimes rose by about 86 percent, to 69. Police statistics attribute 89 percent of all anti-Semitic crimes to right-wing extremists, but Jewish community leaders dispute that statistic, and many German Jews perceive the nature of the threat to be far more varied. Slightly more than half of Germany’s Jewish respondents to the E.U. survey said they have directly experienced anti-Semitic harassment within the last five years, and of those, the plurality, 41 percent, perceived the perpetrator of the most serious incident to be “someone with a Muslim extremist view.”