From Frank Sinatra to Elizabeth Taylor, the Church of the Good Shepherd has seen many American legends in its nearly 100-year existence.

Nestled amid the rolling hills of Beverly Hills, right by the famous Santa Monica Boulevard, lies a Mission Revival-style Catholic church that has probably served more celebrities than any other church in the country. Yet, the Church of the Good Shepherd is more than just a celebrity hotspot. As the oldest Catholic Church in Beverly Hills, the Church is now home to a thriving Catholic community and a bustling Catholic school that have been serving local Catholics for nearly a century. 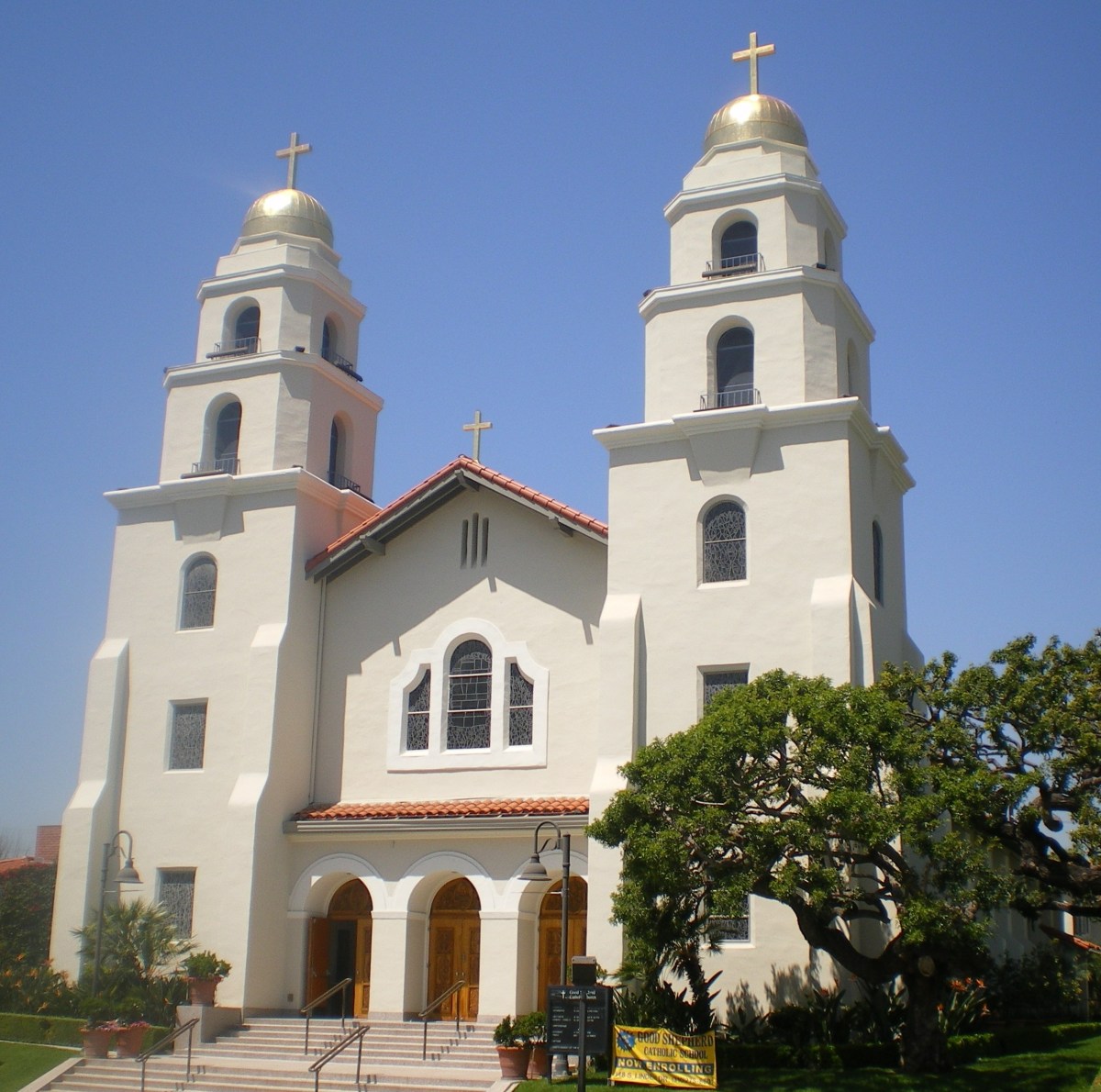 The history of Church of the Good Shepherd goes back to the early days of Beverly Hills itself. The parish was founded in 1923, only nine years after the City of Beverly Hills was incorporated. For its first two years, parishioners would attend services in improvised locations, from a room in the Windmere Apartments, just south of the current church site, to a rectory room on Camden Drive. In 1924, architect James J. Donnellan was asked to design a church that could host the expanding parish community, and in 1925 Bishop John Joseph Cantwell officially presided at the opening of the new Church of the Good Shepherd. Five years later, the annexed Good Shepherd Parish School opened its doors to local children from pre-K to eighth grade. Today, it is the longest running and only Catholic school in Beverly Hills.

Designed in Mission Revival-style, based on the early Catholic missions founded by the Spanish in California, the church was renovated in 1959. On top of revamping the original stained glass that had been shipped from Europe, architects from Paul Philip Studio added a main marble altar surrounded by two side altars where the relics of three holy women, Sts. Felicitas and Perpetua and St. Vibiana, patroness of the Los Angeles Archdiocese, reside.

During its nearly 100-year history the Church has served as the backdrop to many life events of Hollywood-based movie stars. Academy-award winner Loretta Young married film producer Tom Lewis in 1940. An 18-year-old Elizabeth Taylor married Hilton Hotels heir Conrad “Nicky” Hilton on May 6, 1950. Portuguese-Brazilian singer and actress Carmen Miranda, famous for her role in samba-themed musicals such as Hello Brazil! and Hello Carnival!, married Texas investor David Sebastian on March 17, 1947.

Both Bing Crosby and Rudolph Valentino were known to attend Sunday Mass at the Church of the Good Shepherd and the latter choose this church for his funeral in 1926. Gary Cooper’s funeral was also held at the Church of the Good Shepherd, where the actor had started to attend Mass after converting to Catholicism a few years before his death. Cooper was just one of the many film stars that chose the church for his funeral. Other notable ceremonies include thriller genius Alfred Hitchcock (1980), Eva Gabor (1995) and Frank Sinatra (1998). It is perhaps no coincidence that the church was picked as the location of the funeral scene in the 1954 edition of A Star Is Born with Judy Garland and James Mason.

Among the highlights of the star-studded history of the Church is a 1961 Mass attended by President John Fitzgerald Kennedy celebrated by Msgr. Sullivan. “Beforehand, members of the Secret Service would survey the church,” Sullivansaid in an interview “and designate the pew in which the president would sit. A special phone was installed in a room off the vestibule for any emergency calls from Washington D.C.”

Today, the church is home to a thriving community of believers who are engaged in many activities coordinated by Father Ed Benioff and his staff. From adult Bible classes to after-Mass social and Catholic prayer groups, the church is a precious spiritual resource in the heart of one of the most famous neighborhoods in the world.