Where did Jesus’ ascension into Heaven take place? 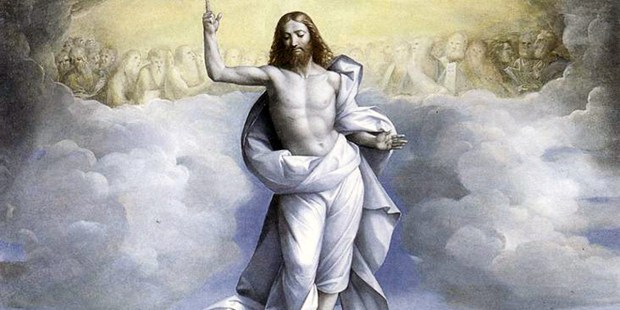 According to tradition, Jesus rose up to Heaven from this mountain.

All of the events in Jesus’ life occurred in specific locations in the Holy Land. For many of the events we know exactly where they occurred, while for others we only have local oral traditions.

In the case of Jesus’ ascension into Heaven, the Bible mentions the name of the mountain where the apostles witnessed the miraculous event.

St. Luke narrates in the Acts of the Apostles how Jesus’ disciples gathered together and asked him a question. After Jesus’ final words were spoken, “as they were looking on, he was lifted up, and a cloud took him out of their sight” (Acts 1:9).

Shortly thereafter St. Luke mentions, “they returned to Jerusalem from the mount called Olivet, which is near Jerusalem, a sabbath day’s journey away” (Acts 1:12). This is the same “Mount of Olives” where Jesus experienced his “agony in the garden” before being arrested and taken into custody.

Read more:
What’s the difference between the Mount of Olives and the Garden of Gethsemane?

According to The Golden Legend, a medieval manuscript that contains various traditions, the mountain possessed some remarkable symbolism.

On the first point, note that he rose to heaven from the Mount of Olives, out toward Bethany. This mountain, following another translation, was also called the Mount of Three Lights, because from the west the light from the Temple fell upon it by night, for a fire burned continually on the altar; in the morning it caught the sun’s rays from the east before they reached the city; and the hill’s olive trees produced a plentiful supply of oil, which feeds light.

Furthermore, local traditions even claim to know the exact spot where Jesus ascended.

Regarding the place from which Christ ascended, Sulpicius, bishop of Jerusalem, says, and the Gloss also says, that when a church was built there later on, the spot where Christ had stood could never be covered with pavement; and more than that, the marble slabs placed there burst upwards into the faces of those who were laying them. He also says that footmarks in the dust there prove that the Lord had stood on that spot: the footprints are discernible and the ground still retains the depressions his feet had left.

Regardless of the veracity of this last story, it does drive home the point that Jesus was truly on this earth and his presence remains with us, even after the ascension. For Catholics, we truly believe that his presence is within the consecrated host at Mass, fulfilling the words of Jesus that, “I will not leave you orphans; I will come to you” (John 14:18).

Read more:
The name of the stand used in Eucharistic adoration reminds us what is happening

Read more:
How to read the Bible when you don’t know where to start