Polish archaeologists discover what may be the oldest Egyptian Christian church 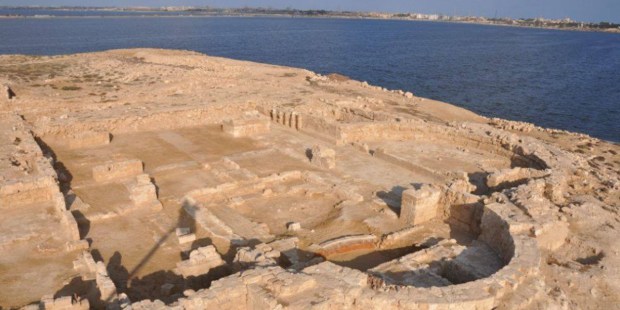 The team hopes the site may shed new insight into the development of Christianity.

An excavation of the ruins of an early Christian basilica has led to the discovery of what experts believe may be the oldest Christian church in Egypt. The team, led by Dr. Krzysztof Babraj from Kraków’s Museum of Archaeology, are hopeful that the new site may offer new insights into the spread of Christianity through Egypt and the surrounding Mediterranean area.

According to First News, the Polish team has been working since 2000 at the site of the ruined basilica, at the ancient port of Marea, which served the city of Alexandria. They have previously unearthed a burial chapel in the same location, which yielded one of the largest collections of ceramic fragments ever found in Egypt.

During the peak of the Roman empire, Marea served as a busy port-town on Lake Maeortis, now known as Lake Mariout. The port was in service to Alexandria, and is identified by surviving sources to have been a wealthy urban community, which fell into decline after the Arab conquest of Egypt and was eventually abandoned after an earthquake.

The basilica was in use from the 5th to the 8th century, when the earthquake occurred. The team says the remains of the church underneath the basilica date to the mid-4th century. Dr. Krzysztof told First News:

“At the end of the last research season, under the floor of the basilica, we encountered a wall’s remains, which turned out to be the outer walls of an even older church,” said Dr Krzysztof, adding, “This is one of the oldest Christian temples discovered in Egypt so far.”

The church under the basilica was found to have been constructed with walls in the shape of a cross. The chambers of the building were completely filled with debris from the ruined basilica and it has not been explored until now.

With an area of 72 feet by 45 feet, the richly ornamented church was accented by ornate polychrome tiles, which were all destroyed by the wrecked basilica. As the church was constructed from limestone, the team was able to determine the site’s age from testing ceramics found within.

If the dating is accurate, this would mean the old church would date back to the days when Rome first adopted Christianity. That it appears in a high-traffic port city makes it all the more significant, as it may have been one of the first evangelical centers in the Mediterranean.