After the Reformation, Christ incarnate was to be proclaimed as boldly as possible.

The Church of Il Gesù in Rome may not be quite the landmark that Notre-Dame de Paris is, but its influence has spread further. It was a radical innovation five centuries ago, and time has not reduced its ability to overwhelm.

This church is not only a sight to see when you’re in Rome, it’s everywhere – or at least its copies are. The inspiration behind this new style of architecture was exported around the world, especially to the Americas. While Catholic missionaries took the novel template with them, it’s conspicuous that other Christian denominations did not. The earliest Protestant churches in North America, and their descendants, owe little to the Baroque of the Gesù Church and more to pre-Reformation gothic or to the pagan style of ancient Greek temples. The classic white, wooden church that is so much part of the American cultural landscape owes a debt to New England meeting houses. These are all about light and the community; at Il Gesù the only windows are there to let in a mysterious heavenly light from way up high. 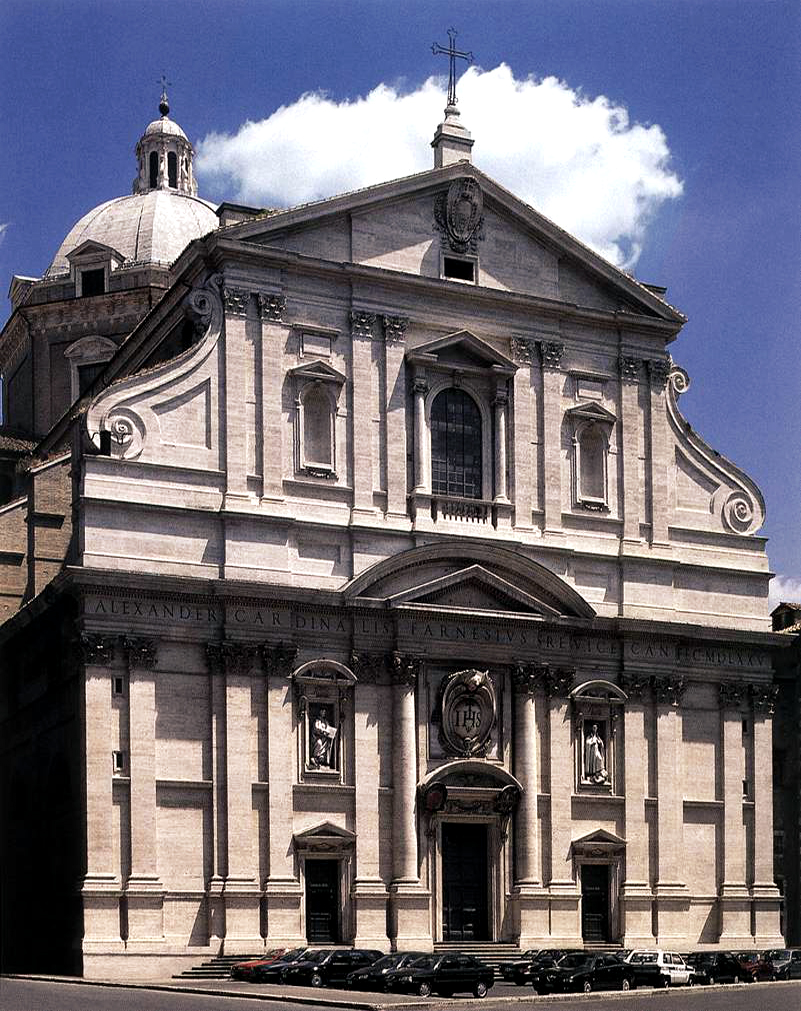 Later Catholics in North America also borrowed from every style. The oldest church in Texas, San Fernando in San Antonio, is an 1868 replica of Notre-Dame de Paris. Another venerable church, in Detroit, bears more than a passing resemblance to my old friend Chartres Cathedral. It’s no coincidence that it was built by French migrants. Sermons were still being given in their original language during the 1940s.

No style represents the freshness of post-Reformation Catholicism as energetically as Il Gesù. It was taken around the globe, from Macao to New Mexico, by priests with a mission. To show the liturgy in a comprehensible and visual manner was what propelled the Jesuits in particular to every destination that would accept them 500 years ago. In 19th-century England, Roman Baroque was the style that the Catholics of Kensington went for when they were allowed to practice their faith again. It may have gone out of favor elsewhere by then, but Brompton Oratory was much inspired by the Gesù. It remains the grandest and most determinedly Catholic-looking church in all England.

Five hundred years ago there were no other Catholic churches that opened the Eucharist to the gaze of the congregation in the way that the Gesù did. Immediately after the Reformation, the sacred presence was not to be hidden behind rood screens. Christ incarnate was to be proclaimed as boldly as possible; and for those with good eyesight, the tabernacle and monstrance were now immediately visible to anyone entering the front door of the church. The entire building was about the glorification of Our Lord. Even the name of the new church reflected the centrality of Jesus. The official name, Chiesa del Santissimo Nome di Gesù all’Argentina, is usually abbreviated to the much more direct Il Gesù. The “Argentina” of the full name is an interesting coincidence, considering the origins of our present pope, but is actually a reference to the neighborhood that the church was built in: the “Torre Argentina” or “Silver Tower.”

The new church was more inclined to gold than silver. It remains one of the most exuberant expressions of the celestial kaleidoscope that has ever been created. Visitors to St Peter’s and many other impressive churches usually come away with a somber feeling. Il Gesù is a veritable riot. It gladdened the hearts of its congregation as much as it would have appalled a minimalist such as John Calvin. Rome, for Calvin, was already the home of the Antichrist, “an impious and abominable kingdom.” It was a city that didn’t need additional smoke and mirrors.

Il Gesù was built as the mother church of the Jesuits, which is what it remains today. Begun in 1568, the project was important enough for Michelangelo to offer his services, reportedly at no charge. Instead, the architect was the less celebrated Giacomo da Vignola. The church started as a large building with a relatively restrained interior. The focus was to be on the altar and the Eucharist. Over the years it has become a showcase for some of the most flamboyant religious art in the Eternal City. The ceiling fresco alone is enough to make visitors gasp. Its unabashed illusionism realistically brings heaven to earth.

The showmanship for which Romans were famed is at its most extravagant in the chapel dedicated to St. Ignatius. Every evening, to the sound of sacred music, a painting of Christ with the Jesuit founder slowly slides out of view to reveal a gleaming statue of the saint standing alone.

Entirely different from the church itself is the apartment next door. This austere dwelling was the home of St. Ignatius, salvaged from a terrible flood and installed in a newer building. His study’s only decoration appears to have been a painting of the Madonna and Child, known informally as Our Lady of the Desk, as this was what the saint could see from his workstation. Both sites are accessible, although the apartment has more restricted visiting hours.

The simplicity of St. Ignatius’s lifestyle makes a serene counterpoint to the accumulated splendor of his local church. A bit further down the road lives the equally simple-living Pope Francis, of the order founded by St. Ignatius. Some things don’t change much. The same can’t be said for the architectural style pioneered by Il Gesù. No church builders seem to be replicating it these days.