Actor who memorized Gospel during difficult time brings St. John to the stage 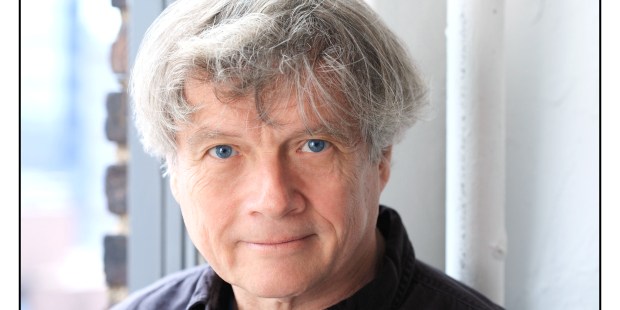 A veteran Broadway actor, who won the Drama Desk award for his role in the original New York production of Sweeney Todd, is bringing the Gospel of St. John to the boards.

Ken Jennings, who has spent a lifetime acting on Broadway, off-Broadway, film and television, memorized the entire Gospel and has transformed it into a one-man play.

Born in Jersey City, New Jersey, in 1947, Jennings attended St. Peter’s Preparatory School and St. Peter’s College there. He is most famous for his role as Tobias Ragg in the 1979 Broadway premiere of Stephen Sondheim’s Sweeney Todd: The Demon Barber of Fleet Street. Jennings received the 1979 Drama Desk Award for Outstanding Featured Actor in a Musical for this role. He has also performed in several other shows, including “Grand Hotel,” “Sideshow,” and “Urinetown.”

The 71-year-old actor started memorizing the Gospel According to St. John as a spiritual practice during a difficult time in his life. In time, he worked his way through the entire Gospel, learning it chapter by chapter. As he mastered the text, his one-man version of the abridged Gospel became a theater piece.

“I had already memorized parts of the Gospel before, just as part of my prayer life,” Jennings said in an interview. But as he was going through a legal battle over visitation rights with his son, his favorite Gospel began to play a bigger role.

“It was during this time that I thought ‘What can I do?’ Suddenly, I’m not seeing that boy,” he recounted. “I thought, ‘Well, I could get very depressed and frustrated, or I can turn it into something good.'”

Without having to care for and cook for his 13-year-old son, he had more time on his hands. “I thought, ‘I’m going to memorize the Gospel of John. It will heal my soul and assuage some of my worry,'” he recalled.

Jennings said he also needed something “in the silence of my apartment to get my mind off the stress” of the legal battle.

He was also motivated by another favorite part of Scripture, 1 Peter 5:7, which reads, “Cast all your anxieties on him, for he cares about you.”

“In memorizing this Gospel, that’s what I was doing: casting all my anxieties on him,” Jennings explained.

His approach to staging the Gospel has to do with his feeling that it is a very “personal” account of the life of Christ.

One day he was contemplating the verses, “Now Jesus did many other signs in the presence of [his] disciples that are not written in this book. But these are written that you may [come to] believe that Jesus is the Messiah, the Son of God, and that through this belief you may have life in his name.”

In thinking about the phrase “But these are written that you may come to believe,” for the first time the word “you” struck him as being “decidedly singular,” he said. Even though a theologian subsequently told him that the word is plural in the original Greek, he said, “it struck me that it might have been written ‘so that you, Ken, might believe.'”

“So I thought this is what I can bring to the stage production. I think I might be able to do this, because of my experience as an actor and because of my belief, and I thought John probably told this story [orally] over and over again before it was in written form,” he said. “I can tell this Gospel in a way as if it’s John himself telling the Gospel, John himself saying ‘Look, I was there; this is what I saw. … so that you can believe that Jesus is the son of God and you may have life.'”