New Yorkers march for life at the State Capitol

A record crowd turned out for the largest pro-life rally in Albany history.

“Haley, was born at 21 weeks gestational maternity, she had a 3% chance of survival, she was not considered a viable fetus in New York State.” said Haley’s mom Bethany Hoyt.

“When we first took her home she was on a feeding tube. She couldn’t walk, couldn’t talk, she was almost two years old. The doctors said she would probably never do anything that a normal child would be able to do, but God gave her life for a reason. The reality is, when we trust that our Creator knows better than we do, and we give life a chance, God can do the impossible.

“She’s now almost seven and walks and talks and runs and plays and will now lead us in the Pledge of Allegiance,” she told the crowd.

And the audience tearfully joined the young girl as she recited the Pledge under the shadow of the New York State Capitol, where a recently signed law grants essentially unrestricted access to abortion for the full term of a pregnancy.

The 4th annual March for Life NY event was born due to severe winter storms in 2015 that prevented almost of all of the marchers in the Northeast from being able to attend the March for Life in Washington, DC. But the weather didn’t stop New Yorkers from creating an alternate march in their state capital.

Over the thunderous cheers and applause of the marchers, Event President Pastor Joni Lupis declared, “We’re New Yorkers, we live here, and we’re not going away! We’re pro-life, we’re pro-God and we’re going to fight for life together!”

What began as a handful of dedicated souls has grown in momentum, showing the strength of the conviction of many who have been ignored by lawmakers.

Attendees, including Bishop Peter J. Byrne and several other priests and seminarians from the Archdiocese of New York, joined in solidarity to pledge their support for the lives of the most vulnerable shunning the notion that the battle was over. 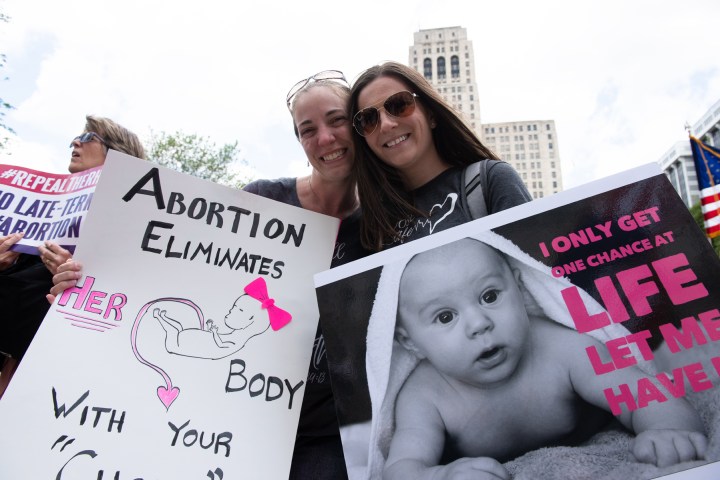 “We stand before a fortress, a fortress of abortion, like the building before us. But every event, every prayer is like pulling one brick out and that fortress is coming down in Jesus name,” proclaimed Denise Cappuccio, a spokeswoman for Concerned Women of America.

Over the past year the battle lines have been drawn across the nation, and the surge in pro-life activism has caused the debate to intensify. While legislators in some states are lobbying to increase access to abortion, the view from the street is very different. From the record-crushing numbers of the March for Life in DC, to the massive ALIVE NY event in Times Square, to the New York State March for Life, people are making their voices heard in unprecedented numbers. And it’s the prayers of the many, not the opinions of the few, that will decide the outcome.

For more information about March For Life NY, visit them at http://marchforlifeny.org/