The paratrooper who landed on a church: The story behind D-Day’s “Longest Day”

One of the D-Day invasion's strangest events took place in Sainte-Mère-Église.

One of the strangest incidents during the Second World War took place in the French town of Sainte-Mère-Église. During the Invasion of Normandy on June 6, 1944, paratroopers of the Allied forces parachuted into the town in the middle of the night.

Some buildings were on fire, so the light from them made the parachutists easy targets for the German forces occupying the town. Some parachutists were sucked into the fire. Many hung from trees and utility poles and were shot before they could cut themselves loose.

The parachute of John Steele of the 505th Parachute Infantry Regiment got caught on the spire of the church. For two hours, he hung there, pretending to be dead, before the Germans took him prisoner. Steele later escaped and rejoined his division when U.S. troops attacked the village, capturing 30 Germans and killing another 11. The incident was enacted in the movie “The Longest Day,” with actor Red Buttons playing Steele. 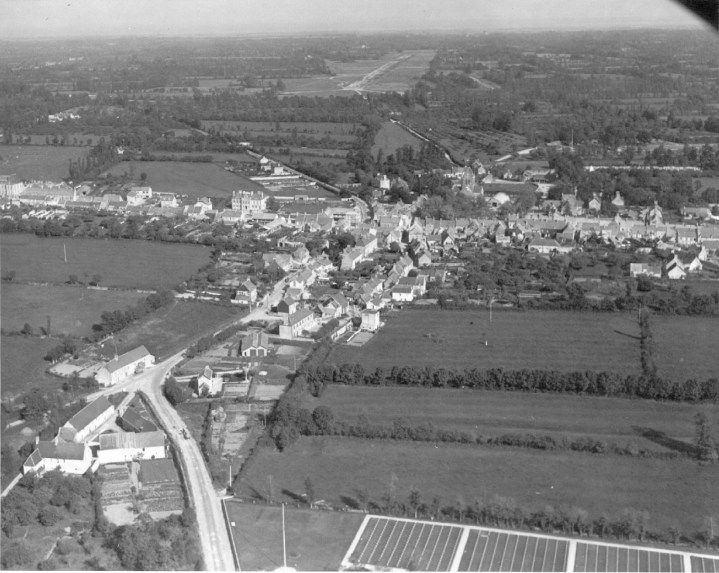 The church of Sainte-Mère-Église, a name which means Holy Mother Church, dates from the 12th century. So many tourists over the years have asked locals whether it’s “the parachutist’s church” that a town committee decided to hang a mannequin named “Big Jim” on the steeple in memory of John Steele. The parachute, uniform and equipment of the mannequin are changed twice a year due to the area’s rainy climate.

Sainte-Mère-Église ended up being the first town liberated by the Allies. The church of Sainte-Mère-Église figures prominently in annual commemorations of Operation Overlord today. It was the destination of an International Peace Walk on May 25, which began at Utah Beach and the site of an International Peace Concert on May 31. On June 6 there will be a memorial Mass in the Church, and on Sunday, June 16, there will be a Mass with a polyphonic choir.