500 years after his birth, a major exhibition of the Venetian artist’s work is at the National Gallery of Art in Washington, DC.

To commemorate the 500th anniversary of the birth of Jacopo Tintoretto (1518/1519-1594), the National Gallery of Art is holding a major exhibition of the Venetian painter’s work, including some paintings that have never before left Italy.

The son of a cloth-dyer (hence the nickname “Tintoretto” or “little dyer”), Jacopo Robusti parlayed his unique artistic talent for imaginative story-telling (Jean-Paul Sartre called him “the first film director”) along with his application of the colorful pigments used in the silk-dying trade to become one of the great painters of 16th-century Venice. 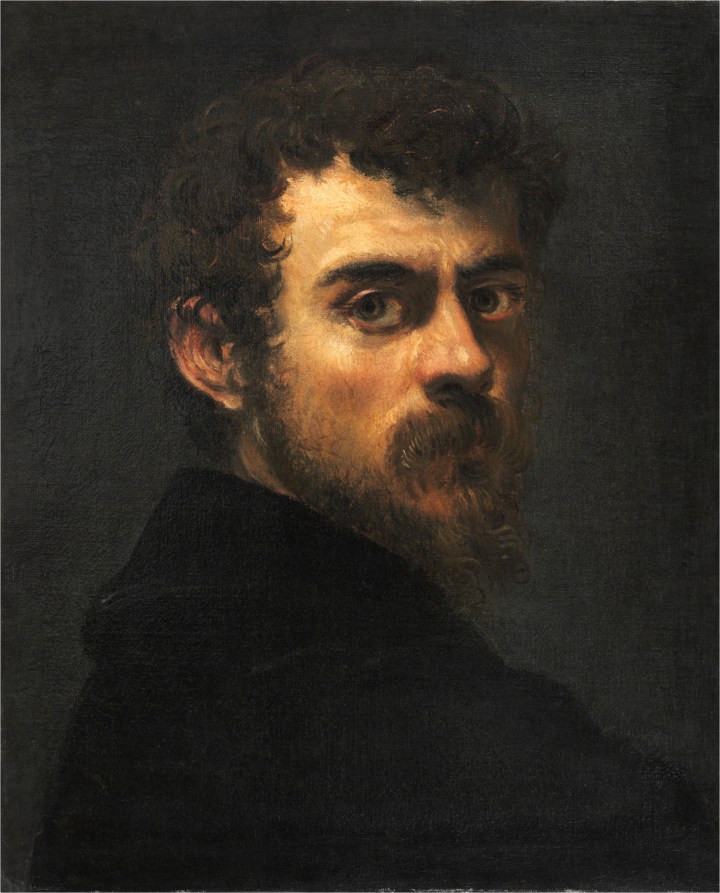 As the exhibition’s catalog notes, his relative anonymity compared to the Venetian artists Titian and Veronese may be due to the enormous size of his paintings — most of which are so big (from nine to 16 feet wide) that they haven’t been exhibited outside of Italy before. The exhibit at the National Gallery features 46 paintings, several of which take up an entire gallery wall.

A short film about Tintoretto’s life and work acquaints the gallery-goer with the story of the artist’s rise and the seemingly contradictory qualities of the artist, who was both an ambitious self-promoter and a deeply religious man who saved some of his best work for those who could not afford to pay for it.

In 1564 Tintoretto managed to score an important commission to paint the ceiling of the boardroom of the confraternity of San Rocco, a group of wealthy lay Catholics that funded charitable institutions in the city, by using an unconventional, if not underhanded, method. When the board asked artists to submit sketches for the ceiling, Tintoretto went ahead and completed his painting, affixed it to the ceiling, and offered it as a gift to the confraternity.

The move led to more commissions from the wealthiest patrons of the arts in Venice, and Tintoretto earned a reputation for being an aggressive self-promoter, lowering prices or even offering paintings for free to get his foot in the door with a generous patron.

Described by his contemporary Giorgio Vasari as “swift, resolute, fantastic, and extravagant, and the most extraordinary brain that painting every produced,” Tintoretto produced paintings that were unlike anything else seen in Renaissance Italy. The expressive brushwork, bold use of color, and unusual composition are striking even today. His painting “Saint George and the Dragon” has as its focal point a fleeing princess, rather than the saint killing the dragon. Similarly, the apostles seated at the table of his “The Last Supper” appear to be startlingly in motion, as they lean in, gesticulate, and reach for more wine.

Perhaps no painting in the exhibition is as striking as Tintoretto’s “The Deposition of Christ,” c. 1562. A mourning Virgin Mary is seen collapsed in agony, in the same attitude as her Son who has just been taken down from the Cross. Both of their faces  bear a deathly pallor that contrasts with those around them and conveys her pain and sorrow in an immediate and visceral way.

If one might hesitate to divine the depth of Tintoretto’s religious faith from the emotional impact of the artist’s work alone, the exhibition’s biographical notes reveal another side of Tintoretto, a man of deep faith. While he was known as a wily self-promoter, he also providing paintings to poor churches and confraternities, several of which are featured in this exhibition, at prices far below what he could get for them among his wealthy patrons.

The exhibit, “Tintoretto: Artist of Renaissance Venice,” produced in conjunction with the Fondazione Musei Civici di Venezeia and the Gallerie dell’ Accademia, Venice, will be at the National Gallery of Art in Washington, DC, until July 7, 2019.