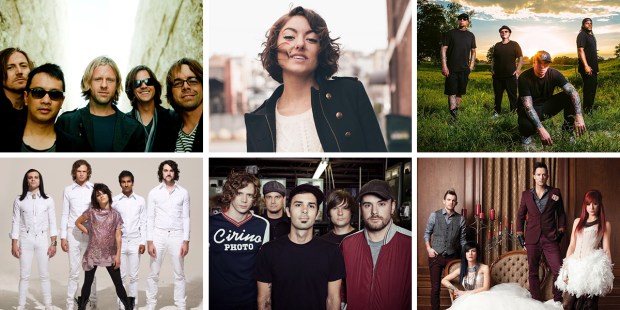 Sometimes Christ needs to reach people where they are most comfortable.

The Christian music scene has experienced a surge of popularity in recent years, leading to dozens of new artists who share their faith in the audible art form. These artists come from all over the world and perform in a plethora of styles to suit just about any musical palate, forging Christian music into an into an all-encompassing genre. It can be argued, however, that none of these styles has the same evangelical potential as crossover music.

Crossover artists include any musician who has hopped the gap from a secular audience to a Christian one. The term itself is nearly a descriptive pun: imagine a cross appearing over a secular artist’s head as they make the change.

Just as Jesus ministered to the less wholesome members of society, the sinners who almost seemed unworthy of his presence, these bands are bringing the message to those who may not keep the Christian mindset, or those who might otherwise never pick out a Christian song to listen to. These bands accomplish this by utilizing secular sounds while subtly inserting lyrics with Christian themes.

We’ve assembled a list of some crossover artists you’ve probably heard on the radio, but you may have missed how their lyrics explore faith and the human condition.

Right from the get-go, Switchfoot’s members have all been professed Christians. This helped them build an audience in the early years, but rather than writing praise music, they tackle deeply introspective questions of faith from a secular perspective. This has allowed them to branch out to a much wider audience, while maintaining their Christian fan base and even win a Grammy.

In 2014, they dropped an album called Fading West, which held Christian themes but upset some of their more fundamental audience by not mentioning Christ. When asked about the change, lead singer Jon Forman responded:

Does Lewis or Tolkien mention Christ in any of their fictional series? Are Bach’s sonatas Christian? What is more Christ-like, feeding the poor, making furniture, cleaning bathrooms, or painting a sunset? There is a schism between the sacred and the secular in all of our modern minds.

Stacie Orrico began her musical career at just 12 years old. She grew a large Christian fan base in her early years by playing festivals, primarily selling albums by word-of-mouth, to great success.  She made the crossover back in 2003, but her lyrics continue to maintain Christian values and a desire to get more out of life than just what can be acquired in the material.

Clad in tattoos and performing in a hard metal style, P.O.D. (Payable on Death) is probably not what most people would expect from a Christian band. However, they’ve been one of the most successful crossover bands since the 1990s. You’re sure to have heard some of their music on the radio and they’re still putting out hits today.

In an interview with Will Not Fade, lead guitarist Marcos Curiel spoke of their alternative packaging to their Christian message:

“Christian people maybe want to hold themselves to be the poster children, but that’s not what we’re called to do. We want to write music that inspires everybody. And so we took an approach that we’ll play most of the shows, because we want to play for everybody.”