Archaeologists uncover a gate from the time of King David 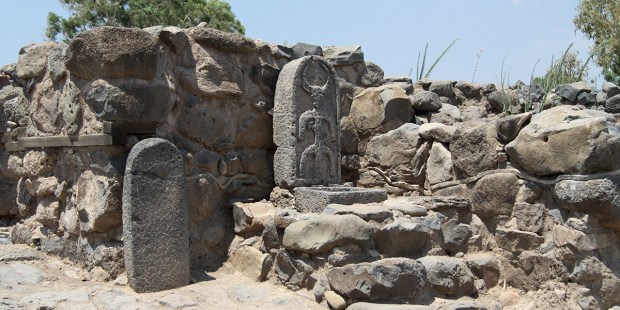 This is the second city gate discovered in the Golan Heights in as many years.

After over three decades of digging at a site in the Golan Heights, an archaeological team has discovered an ancient city gate, which they have dated to between the 10th and 11th centuries B.C. By this dating they have determined that the gate was standing during the rule of King David, the famous slayer of Goliath, and researchers are hopeful that it may lend new insight into his rule.

The excavation took place where the ancient city of Bethsaida is believed to have stood. The newly discovered gate is not too far from the ancient city wall, which a team discovered last year and cautiously identified as the gate to the biblical city of Zer.

Read more:
Archaeologists believe they have found the biblical city of Bethsaida

“There are not many gates from capital cities in this country from this period,” said Arav. “Bethsaida was the name of the city during the Second Temple period, but during the First Temple period it was the city of Zer.” Arav cited Joshua 19:35, which says: “The fortified towns were Ziddim, Zer, Hammath, Rakkath, Kinneret.”

Professor Rami said that they have more research to do before publishing all of their findings, but he did share that they found a stone stele — or tablet — bearing the image of a bull-shaped moon god. The presence of such an idol suggests that the settlement was not an Israelite kingdom, but rather an Aramaic one. Two of these stone steles have been found at the site.

While he did not offer details, he told the Jerusalem Post that further findings in the city suggested that the Israelite kingdom was more likely ruled by the chieftains of large tribes, rather than solely by such kings as Solomon and David.

There are believed to be seven kingdoms that ruled the ancient land of Israel, but we have scant evidence of them. Professor Rami explained that this is because capitals were destroyed and new ones were built up on the same sites. He said that it is hard for archaeologists to get permission to delve deeply into sites currently held by modern cities.

Arav explained that this is part of why Bethsaida is so important:

“Bethsaida is a unique example of a capital city from the 11th-8th century BCE that is available for archaeological research, as there has been no disturbance to this site,” said Arav.

The team intends to continue their excavation with the hopes of tracing the city’s history from the time of David to the Roman Empire.