The Holy Trinity as imagined in sacred art

These artists attempted to capture the central mystery of the Christian faith on canvas.

Since its inception some 2,000 years ago, the Catholic Church has used art to both teach people about the faith and inspire them.

But it wasn’t until the Second Council of Nicea in 787, which ended the Byzantine ban on the veneration of holy images (icons), that sacred art began to include depictions of God the Father and Jesus Christ. Early paintings of the Trinity tended to use the image of the “Old Testament Trinity” depicting the three angels visiting Abraham. In the late 15th century, images of  the Father, Son and Holy Spirit began to emerge.

In picturing the Holy Trinity, these sacred artists show God as the Father, the Son, and the Holy Spirit, allowing those who gaze upon these images and contemplate the great mystery beyond them.

View the gallery below to see paintings of the Holy Trinity. 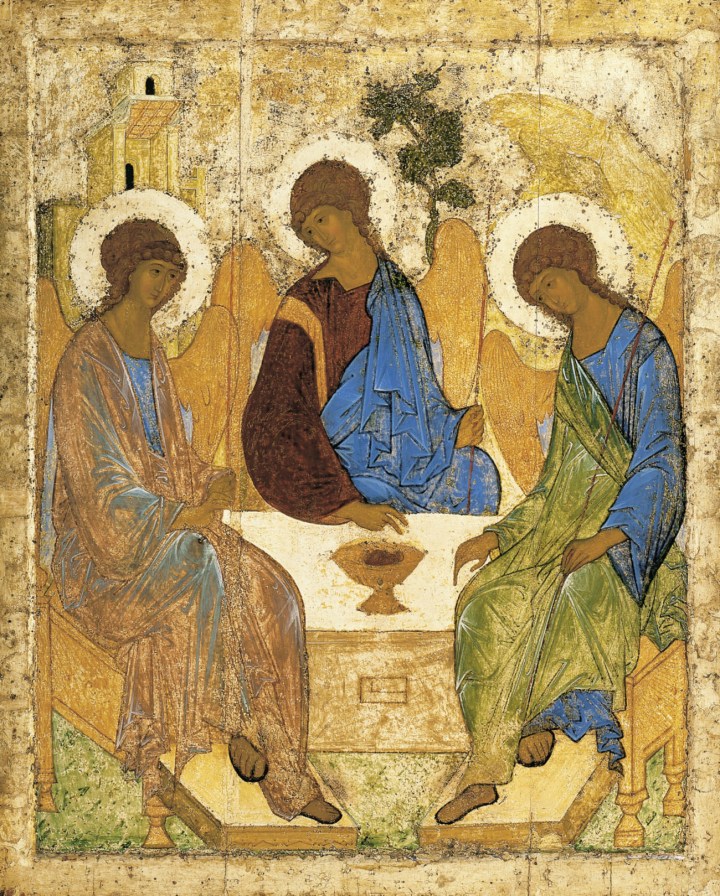