The secret to joy, happiness and peace, according to St. Therese of Lisieux 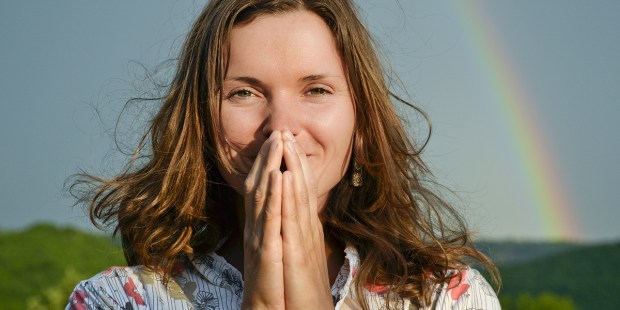 “If weak and imperfect souls like mine felt what I feel,” no one would despair.

French Carmelite nun St. Thérèse of Lisieux is best known for her “little way,” a pathway to holiness that does not focus on grand acts of heroism, but simple, ordinary gestures of love. She writes extensively about it in her autobiography Story of a Soul, where she also reveals the “secret” to joy, happiness and peace that is so often elusive to many of us.

Her life contained much suffering, such as the loss of her mother at an early age and an arduous battle with tuberculosis. Yet, Thérèse found a “hidden way” that gave her an enduring peace, capable of preserving her soul from utter despair.

She wrote, “if weak and imperfect souls like mine felt what I feel, none would despair of reaching the summit of the Mountain of Love, since Jesus does not ask for great deeds, but only for gratitude and self-surrender.”

Thérèse goes on to explain how even if she were conscious of all the sins of the world, it would still not take away peace from her soul.

I feel that even had I on my conscience every crime one could commit, I should lose nothing of my confidence: my heart broken with sorrow, I would throw myself into the Arms of my Savior. I know that He loves the Prodigal Son, I have heard His words to St. Mary Magdalene, to the woman taken in adultery, and to the woman of Samaria. No one could frighten me, for I know what to believe concerning His Mercy and His Love. And I know that all that multitude of sins would disappear in an instant, even as a drop of water cast into a flaming furnace.

Thérèse firmly believed that this self-surrender to God, matched with an equal gratitude for his great gifts, was a pathway to a true and lasting peace that does not end, “Amongst the disciples of the world, He meets with nothing but indifference and ingratitude, and alas, among His own, how few hearts surrender themselves without reserve to the infinite tenderness of His Love. Happy are we who are privileged to understand the inmost secrets of Our Divine Spouse.”

The next time you feel tempted to despair, especially if you think that you are incapable of many great deeds, remember these words of St. Thérèse. Surrender yourself to God completely and thank him for his many gifts to you.

Do those two things and you will be on the pathway to a peace and joy that will never end.

Read more:
St. Therese wrote this poem about Joan of Arc when she was tempted with atheism

Read more:
Start your day with this energizing prayer of St. Therese of Lisieux