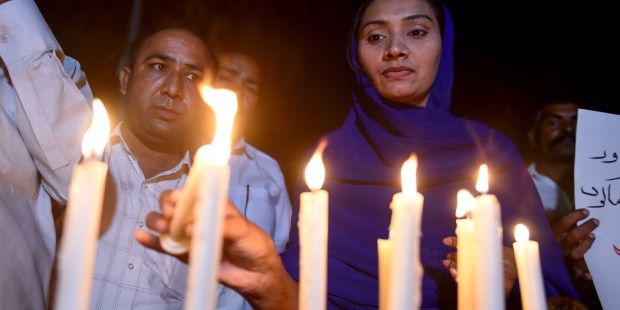 The charity was founded to help the Church, wherever it is persecuted, oppressed or in material need.

“The blood of martyrs is the seed of the Church,” said Tertullian in the first century after Christ.

Twenty centuries later and in spite of great societal change, this reflection is still relevant. To support Christians in their faith, Aid to the Church in Need (ACN), through its international branch and its 23 national branches, has in 2018 provided more than $ 25 million in aid to the Church’s “poor, oppressed and persecuted,” according to its annual report.

Read more:
Christians are most persecuted group in the world, study says

A Mass every 22 seconds

Although reconstruction projects are the charity’s most important priority, ACN spent 16.4% of its budget on Mass intentions. This is money paid to priests in the poorest areas of the world who do not have other resources. Ten percent of the priests in the world — 40,569 — benefited from this support, which allowed priests to celebrate more than 1.4 million Masses for the benefit of the benefactors of the ANC, a Mass every 22 seconds. The training of seminarians is the third highest item of expenditure of the ANC. In total, in 2018, the foundation supported the training of nearly 12,000 seminarians.