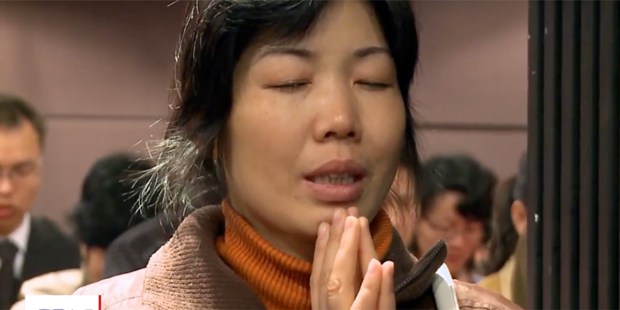 In an attempt to avoid government scrutiny, Christians and nones alike are chanting this hymn in Hong Kong.

In an effort to stop an unpopular Hong Kong bill that would allow for extradition to mainland China, protesters have taken to the streets and, in an unlikely turn of events, they have taken up a Christian hymn as their anthem.

The hymn, “Sing Hallelujah to the Lord,” written by Linda Stassen in 1974, was heard resonating from the voices of hundreds of thousands of demonstrators, in a city where it is estimated 1 in 10 people are Christian. While the song holds special religious significance to the many faithful in the crowd, the hymn was sung by even the religiously unaffiliated, in hopes that it might protect them from governmental scrutiny.

As the hymn is a religious song, the protesters hope that they can be protected under the city’s safeguards of religious freedom. In Hong Kong, an organized protest must be scheduled with the authorities, but a religious demonstration needs no such advanced notification.

Inkstone reports, however, that lawyers are now warning that it may not be so easy to escape punishment. Protesters could still face fines if police believe the purpose of the prayer was not solely religious. Johnny Ho, a criminal lawyer at Robertsons Solicitors, told Inkstone that this intention would be determined in court.

Ho went on to mention that even religious gatherings could be subject to charges if they threaten public order. According to Hong Kong’s Public Order Ordinance, any gathering which can be interpreted as a “breach of peace” can be stopped by the police.

The hymn was adopted by the protesters after a recent demonstration turned violent. Inkstone reports that riot police were called into the scene, where they employed tear gas, pepper spray, and rubber bullets to disperse the crowd. During the altercation, a priest claims one of the officers told him to “ask your Jesus to come down and see us.”

Once word of this spread, the protesters took up the phrase as their rallying cry and adopted the Christian hymn to further emphasis this theme. Earlier this week, an application for judicial review was filed, demanding the police apologize for the remark.

There have been no reports of police cracking down on protesters singing the hymn. From the below video, it seems like it would be an insurmountable task to try to stop the droves of citizens who have come out to show their displeasure with the new bill.