The spiritual symbolism of St. John’s wort and how it was used by the saints 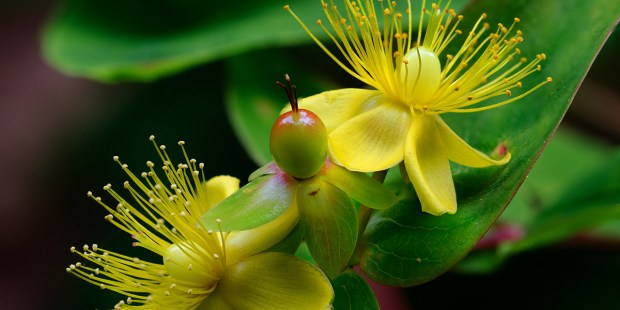 The “miracle herb” has been used by Christians for many centuries, who found in it much symbolism.

Christians throughout history have seen in creation God’s masterful design and very often named plants after saints or other spiritual themes. They believed nature spoke of the grandeur of God and contains everything we need to maintain our bodies in good health.

In particular, when the early Christians observed a plant with yellow flowers that bloomed around the feast of St. John the Baptist on June 24, they immediately put the two together.

According to the National Center for Biotechnology Information, “Early Christians also believed the plant had mystical properties. According to one legend, the greatest effect was obtained when the plant was harvested on Saint John’s Day (June 24), which is often the time of peak blooming. Another legend holds that the plant released its blood-red oil on August 29, the day of St. John’s beheading.”

Writer Ronda Nelson adds to the spiritual symbolism of this herb, explaining how “The striking arrangement of its five yellow petals resembles a halo, and when picked exudes a crimson red liquid which was believed by some to symbolize the spilled blood of their beloved John.  Many historical authorities have questioned whether the infamous Rose of Sharon as mentioned in the Bible is really St. John’s Wort although botanists have confirmed they are two distinct plants but abide in the same family.”

The herb, while normally used for medicinal qualities, was also thought to have the power to drive away demons and evil spirits. This was due in part to the association with St. John the Baptist and his feast on the longest day of the year, the day when light is stronger than the darkness.

Interestingly enough, St. Columba was the most well-known saint who regularly used the herb and in certain areas is named after him. According to Dr. Christopher Hobbs, “Its earliest use may date back to the 6th century AD when, according to Gaelic tradition, the missionary St. Columba always carried a piece of St. John’s wort because of his great regard for St. John.”

For many centuries the herb has been used as a remedy against depression or anxiety, primarily because medieval Christians believed demonic spirits were the source of a person’s melancholy.

Whatever the medicinal benefits of the herb, it has a long spiritual history and contains much symbolism that reminds Christians of their creator. They see in it God’s harmonious design and is a reflection of his love for humanity.

Read more:
In pictures: The lovely spiritual symbolism of flowers