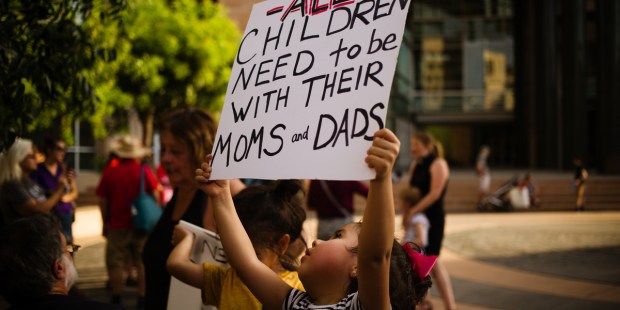 As President Donald J. Trump prepared to kick off his 2020 reelection campaign, he announced that Immigration and Customs Enforcement would begin rounding up foreign nationals who are living in the U.S. without immigration documents. Several days later, the president said those raids would be delayed.

In response, the Catholic bishops of the United States reiterated their stand on the need for immigration law reform.

“We recognize the right of nations to control their borders in a just and proportionate manner. However, broad enforcement actions instigate panic in our communities and will not serve as an effective deterrent to irregular migration,” said Bishop Joe Vásquez of Austin, Texas, who chairs the US bishops’ migration committee. “Instead, we should focus on the root causes in Central America that have compelled so many to leave their homes in search of safety and reform our immigration system with a view toward justice and the common good.”

In a June 22 statement, Bishop Vásquez said, “We stand ready to work with the Administration and Congress to achieve those objectives.”

Indeed, the bishops hailed passage of a bill in the House of Representatives June 4 that would provide a path to citizenship for so-called “Dreamers,” persons who came to the US as children along with parents who came here outside of legal channels. The American Dream and Promise Act of 2019 would also protect qualified holders of Temporary Protected Status or Deferred Enforced Departure.

The bill would grant qualifying childhood arrivals 10 years of legal residence, after which they could receive permanent legal residence with two years of higher education or military service, or three years of employment, according to Catholic News Agency. “Those with TPS or DED could apply for lawful permanent residence if they have been in the country for at least three years and have passed background checks. After five years of lawful permanent residence, they would apply for citizenship,” the website noted:

In May, Bishop Vásquez and Cardinal Daniel DiNardo of Houston, president of the US bishops’ conference, voiced concern over a separate immigration plan from the Trump administration which prioritizes immigration status based on merit rather than family ties.

Meanwhile, in response to criticism of poor living conditions at a holding facility for immigrant children at the border in Texas, officials have moved more than 200 kids out of the Clint Border Patrol station in El Paso County in southwest Texas. Human Rights Watch last week had complained that the youngsters were not being provided adequate food, water and sanitation.