According to the French government, church is literally cool 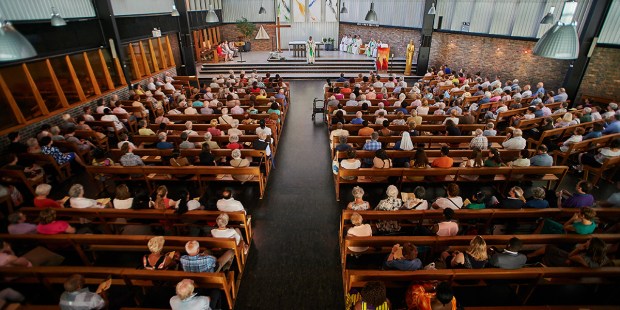 As temperatures soar, people are being encouraged to go to church.

This week Europe is bracing itself for a record heatwave. As temperatures are set to reach a stifling 104° Fahrenheit in the French capital, Paris — while actually feeling more like 116° once the humid atmosphere is taken into consideration — residents, tourists, and the government are trying to find solutions to keep cool and survive this unprecedented heat.

The government has deemed the heatwave “potentially dangerous” as it “promises to be unprecedented for a month of June,” according to meteorologist François Gourand during the Météo-France press conference. In wanting to avoid an outcome similar to the 2003 heatwave, which caused the death of 14,802 people, much of France has been placed on orange alert: the second highest warning that warrants special measures.

This is the first time this alert has been issued and as part of these special measures, the government pinpoints, and makes accessible for longer hours, 922 “cool places.” And yes, featured on the list are a number of churches in the capital where people will be encouraged to head to during the hottest parts of the day for a few hours.

While lots of us will appreciate the joy of entering a refreshing old church during the summer months — not always as joyous in those chilly winter months! — for many people it will be a whole new experience. Not only will they have the occasion to become acquainted with some of the churches’ stunning architectural features, they could even glean a little religious insight if they care to stay for Mass. Who knows, they may even say a little prayer for a rain shower or two.

Although the unusual weather conditions will make life a bit tricky, there is a little upside: the government is also encouraging people to be more neighborly by looking out for the seniors in their community who are at greater risk of heatstroke and potential death during hot weather.