What do we let stop us? Jesus shows what freedom looks like 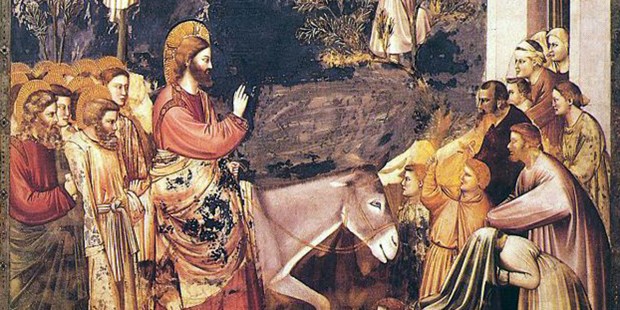 So many of our “good reasons” are actually just excuses. There’s a better way.

Jesus is headed to Jerusalem and nothing is going to stop him.

His relentless mission is the subject of the Gospel in the 13th Sunday of Ordinary Time, Year C, and along with the other readings, it invites us to ask: What do we let stop us?

Jesus shows us what a free man looks like.

A Samaritan village won’t let him rest on the way. That doesn’t phase him. His disciples want revenge on the village that turned the Lord himself away, but Jesus has no time for revenge: He only has time for his mission. As he goes, he meets more potential disciples. He doesn’t let them stop him, either.

They don’t have Jesus’ determination. They aren’t free to follow God’s will as resolutely as he is.

They give what appear to be good reasons but are actually excuses: They need to bid farewell to family members, living or dead. Jesus calls out their lack of commitment to the mission, saying: “No one who sets a hand to the plow and looks to what was left behind is fit for the kingdom of God.”

I hate to say it, but we are a lot like those disciples who aren’t free.

We know where Jesus wants to go with us: He wants us to be loving, generous, and fearless Christians.

He wants us to spend time with him in prayer to get to know him better. We assure him we will — “But first I have to read the news,” or “Dinner took too long and now my show is on.”

He wants us to help him reach more people. And we agree. We will definitely volunteer at the parish, “Once the kids grow out of soccer.” Or, “I guess I could help with Meals on Wheels, but I can’t stand that woman who runs it.”

Read more:
2 Simple steps to help you stop procrastinating (and why you do it in the first place)

Every once in a while we meet people whose lives put love first instead.

They illustrate St. Paul’s beautiful phrase from the Second Reading, “For freedom Christ set us free.” They are unselfconsciously and unabashedly Christian, and they cheerfully help wherever it’s needed.

They are the ones who are free to “serve one another through love. For, the whole law is fulfilled in one statement, namely, You shall love your neighbor as yourself.”

Learn from Elisha. He made excuses too, but he confronted and overcame them.

In the first reading, the new prophet Elisha was called by the great Elijah, and agreed to follow. But first, he said, he wanted to kiss his parents goodbye, which seemed to irritate Elijah. But Elisha’s response was key: He applied love and self-sacrifice to what was holding him back. He destroyed his plow and yoke of oxen, gave the proceeds to his family, and followed.

What yoke can we destroy to free us to follow God?

St. Paul names two categories of these in the Second Reading: First, “Desires of the flesh” — which would include our digital habit or our love of comfort or pleasure that keeps us from pitching in. The second: Judgementalism. Stop “biting and devouring one another,” he says; stop criticizing and second-guessing and start loving and cooperating.

“Stand firm and do not submit again to the yoke of slavery,” he says.

Jesus’ approach is like Elisha’s: He eliminates all the false comforts in life that would hold him back, saying, “Foxes have dens and birds of the sky have nests, but the Son of Man has nowhere to rest his head.”

We, too, have to live without anything that holds us back from our vocation.

We need to get used to destroying yokes because one day our vocation might mean our own trip to Jerusalem.

Each of these stories is about a Christian vocation.

For many Christians in the world, that vocation means witnessing to belief in Jesus Christ to people who want to harm or kill them. In America, being Christian — fully, without compromise — may mean losing friendships or advantages and could soon mean worse.

Our ultimate vocation is way more than “spend more time in prayer” and “do works of service.” It is to accompany Jesus Christ to Jerusalem and suffer and die with him.

But if we never become resolute like Jesus in our daily vocation, we will never be able to follow him to the end.

Read more:
St. Rose of Viterbo: A fearless teen who proclaimed truth to the politicians of her day