Why do some Catholics pick Confirmation names? 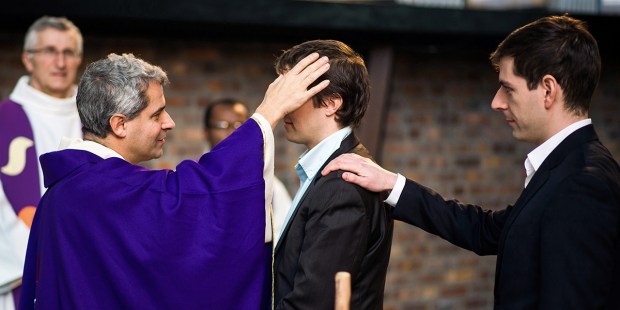 The custom is a relatively recent one in the Catholic Church, but has roots in Scripture.

In the United States, the celebration of Confirmation is often accompanied by the choosing of a “Confirmation name.” This has become a popular custom during the past century, but is still confined to certain countries.

At the time, becoming a Christian often involved a conversion from paganism and the need for a Christian name in harmony with their new faith. There is evidence for receiving a new name at Baptism that goes back to the 3rd and 4th centuries.

In many ways this practice was inspired by various episodes in the Bible where an individual received a new name when given a mission by God. For example, Abram became “Abraham,” and Saul became “Paul.”

Eventually the sacrament of Confirmation was separated from Baptism in the Western Church and came to be celebrated in many dioceses when the child was older. This gave rise to the custom of having an additional “Confirmation name,” signifying the new grace given to those being confirmed.

According to the Catholic Encyclopedia, “in England the practice of adopting a new name at confirmation was remembered after the Reformation, for Sir Edward Coke declares that a man might validly buy land by his confirmation name, and he recalls the case of a Sir Francis Gawdye, late Chief Justice of the Common Pleas, whose name of baptism was Thomas and his name of confirmation Francis.”

During the past few decades, an emphasis has been placed on choosing a Confirmation name, most often associated with the name of a saint. This is designed to give the young person an opportunity to learn the life of a saint and to strive to conform their lives to their example.

However, some dioceses have sought to preserve the link between Baptism and Confirmation and discourage young people from choosing a separate name. Instead, the individual’s baptismal name is used at the moment of Confirmation.

Whatever the local custom may be, Confirmation is a sacrament designed to strengthen the graces received at Baptism. It is a beautiful sacrament, one that can be accompanied by a new name, even if this is not a requirement and is a relatively new custom in the Catholic Church.