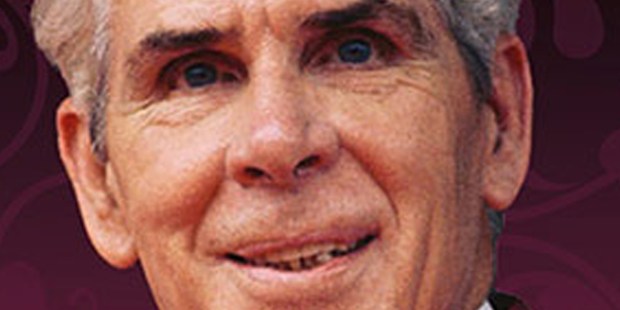 Now that the archbishop’s remains are in Illinois, the cause for beatification has resumed. Bishop hopes it will happen this year.

Bishop Daniel Jenky of Peoria says that Fulton Sheen’s beatification cause has resumed, now that the prelate’s remains have been transferred from New York to Illinois. He also announced that the cathedral would be changing its schedule of “open hours” so as to allow time in prayer at Archbishop Sheen’s tomb.

A legal battle over the placement of Archbishop Sheen’s relics finally concluded earlier this month, with the New York Court of Appeals rejecting the final appeal of the Archdiocese of New York.

Archbishop Sheen’s remains had been at St. Patrick’s Cathedral, but the Diocese of Peoria and Sheen’s niece wanted them moved to Peoria, Sheen’s home diocese where he was ordained a priest.

The Peoria bishop hopes that Sheen could be beatified this year, as the 100th anniversary of his ordination is in September.

The Peoria diocese explained that Church law requires that the transfer of the remains of one considered for beatification must be done without any solemnity. As a result, the transfer could not be publicized in advance. Also, no liturgical ceremony or public gathering could be held during the transfer, which took place June 27.

Venerable Archbishop Sheen’s new tomb is located at the side altar of the Peoria Cathedral, dedicated to the Blessed Mother Mary, Our Lady of Perpetual Help.

Bishop Jenky has notified the Vatican indicating that civil litigation has ended and that Sheen’s remains have been transferred. The Vatican has confirmed that the Cause for Beatification has now resumed.

The Vatican’s Congregation for Saints’ Causes will present the alleged miracle to Pope Francis for his decree authenticating the miracle attributed to Sheen’s intercession. This alleged miracle involved the miraculous healing of a newborn infant who was without vital signs for more than 60 minutes.

An eventual beatification celebration will take place in Peoria.

In 1951, he was named an auxiliary bishop of New York, and in 1966 the bishop of Rochester, where he served until his retirement three years later. He died in 1979.

Archbishop Sheen is most known for his popular television series and many books.

See our series on saints of the United States here: